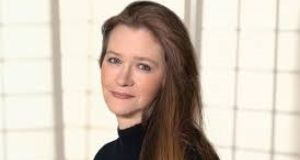 Johanna Lindsey: Her stories built around romantic and sexual surrender descended at times into rape.

The cause was complications of treatment for stage 4 lung cancer, her son Alfred said. The family was too devastated by her death to announce it earlier.

Lindsey wrote her first novel on a whim and turned out nearly 60 more. Her most recent, Temptation’s Darling, published in July, told of a countess’s plans to have her daughter marry an arrogant rogue in 19th-century England.

Her books sold at least 60 million copies, according to her publisher, Simon & Schuster, and she ranked among the leading romance writers of her era, most notably Jude Deveraux, Judith McNaught, Kathleen Woodiwiss and Rosemary Rogers.

“Since I was old enough to appreciate a good novel, I’ve been a romantic,” Lindsey said in the book Love’s Leading Ladies (1982), by Kathryn Falk. “I enjoy happy-ending love stories more than any other type of reading. Romance is what comes out of me.”

Lindsey set her passionate tales in many locales, including England as early as the year 873; the Barbary Coast and the Caribbean; Norway when the Vikings ruled; 19th-century Texas, Wyoming and Montana; and the planet Kystran in a series of sci-fi bodice-rippers.

On the page, romantic ardour was evident in scenes such as one from A Loving Scoundrel (2004) – one of her 12 novels about the Malory clan – between Jeremy Malory, “a handsome rakehell”, and Danny, a young woman who is a servant in his home:

“She’d been thinking the same thing. His lips were so velvety soft. His breath wasn’t fumed with alcohol at all, was rather heady in scent. His taste was exotic, beyond her ability to describe. And she was feeling things other than the kiss, delightful sensations, all new to her, all highly pleasant.”

Stories built around romantic and sexual surrender – between arrogant, wilful men and heroines with little power from centuries past – descended at times into rape.

Johanna Helen Howard was born on March 10th, 1952, in Frankfurt, Germany, where her father, Edwin, was stationed in the army, and she moved to the US when she was about five. Her mother was Wanda (Castle) Howard. The family eventually settled in Hawaii, where Johanna attended intermediate and high school.

She started work in a data-processing company but left it when she married Ralph Lindsey. By the mid-1970s, she had begun to believe she could write romance novels, and sent a proposed chapter to Avon Books, where Rodgers and Woodiwiss were published.

“Three weeks later they asked for the whole book and six weeks after that they accepted it with only one change,” Lindsey told the Honolulu Star-Bulletin in 1981.

In 1977, Avon published the book Captive Pride, which she followed over the next four years with A Pirate’s Love, Brave the Wild Wind, Fires of Winter and Paradise Wild.

“I don’t know what I’d be doing if I didn’t have my writing,” she told the Star-Bulletin. “I haven’t even had a vacation in a long time. It’s been 17 years since I’ve been out of Hawaii.”

By 1990, she was writing two books a year; each of her 19 had then sold at least 700,000 copies. Avon rewarded her regular presence on best-seller lists with a 10-book contract.

“That means I’ll have a super leader twice a year for the next five years,” Carolyn Reidy, Avon’s president, told the New York Times in 1990.

In 2001, having written 37 bestsellers, Lindsey left Avon for Simon & Schuster.

Liz Perl, the marketing director of Simon & Schuster, said that Lindsey was a shy, private person who only occasionally toured to promote her books.

“On several occasions, her mother would accompany her, which was really sweet,” Perl said by phone. “Her mother was quite outgoing, so Johanna would sign the books, and her mom would stand next to her and tell fans anecdotes about Johanna when she was young.”

She added, “When she turned her books in, she wouldn’t celebrate by buying a car or going to Paris, but by buying a video game and playing it for 12 hours before starting her next book.”

Lindsey had lived in New Hampshire in recent years.

In addition to her son Alfred, Lindsey is survived by two other sons, Garret and Joseph, and four grandchildren. Her husband died in 1994.

Lindsey recalled that she conceived the idea for Captive Bride, her first novel, years before she submitted that first chapter to Avon.

“Desert sheikh, romance, kidnapping – that’s about all I started with,” she told the Star-Bulletin. “I just sat down one day and wrote the middle scene, the love scene in the tent. I amazed myself – I couldn’t stop writing.” – New York Times service

Do you have a Caroline Flack relationship with social media?
Real news has value SUBSCRIBE