Has International Women’s Day been hijacked by ‘boardroom feminists’? 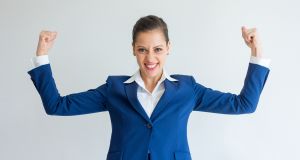 Last March, just after International Women’s Day 2018, British MPs of all political stripes met at Westminster Hall to debate the issue of women in the workplace – both the strides made and the barriers that remain.

Midway through, Laura Pidcock, a young Labour MP, lamented the fact that people tend to focus on “women at the top”: there was much hand-wringing about the gender pay gap and the number of women on boards, Pidcock said, but “in the narrative around women at work, the focus is not always on workplace issues that affect women the most”.

The same can be said about International Women’s Day. A day that has its origins in the trade-union movement has increasingly been hijacked by “boardroom feminists” for whom glass ceilings and leaning in are the be-all and end-all, and is now dominated by leadership summits and networking breakfasts.

Look at its official website to see how the day has come to embody this particular strain of feminism. The hashtag for this year’s celebration is #BalanceForBetter. “Balance is not a women’s issue, it’s a business issue,” the site says. (Reducing a centuries-long struggle for equality to a pithy PowerPoint slide is quite the opening gambit.)

The blurb goes on to talk about the need for a “gender-balanced boardroom” and “more gender balance in wealth”. The site has pages dedicated to International Women’s Day influencers (“Which leaders actively #BalanceforBetter?”) and partners (“Purposeful collaboration drives gender parity”). Corporate sponsors include Amazon, McDonald’s and Medtronic. The official Twitter feed includes tweets from MetLife, Vodafone and Diageo.

Empty business jargon, excessive corporate influence, strategic partnerships: who and what are we celebrating when we mark International Women’s Day?

Women should of course occupy more positions of power and influence, but do we spend too much time venerating women chief executives, and presenting the #girlboss figure as the ultimate feminine ideal, at the expense of listening to and celebrating ordinary working women?

Their vital labour is very often underpaid and underappreciated. Society would crumble without it. Aren’t these the women we should be celebrating? The many, not the few?

How welcome it would be for International Women’s Day – and the corporate giants that claim to support it – to shift focus towards ordinary working women and the issues that affect their day-to-day lives. Issues like low wages, poor working conditions, precarious contracts, unaffordable childcare, and workplace sexual harassment.

Let’s celebrate the contributions not just of business leaders but also of nurses, teachers, social workers, carers, cleaners, retail workers and more. As we push for gender parity at the higher echelons, let’s remember to address the inequalities that exist on the lower rungs. Not because it’s good for business but because it’s good for women.

Coronavirus: ‘Like my anxiety, my survivalist mentality come and goes’
4

Share your story: How have you been affected by the Covid-19 crisis?
10

Michael Harding: I sat alone in my room, even though I wasn’t in isolation
Real news has value SUBSCRIBE