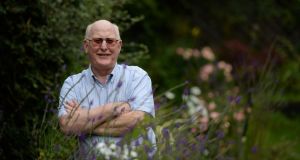 Fred Crowe, the Dublin businessman and founder of the micro-financing Indian charity, Nandri, has died seven years after being diagnosed with prostate cancer.

An accountant by profession, Crowe was a financial controller at Stokes Kennedy Crowley (now KPMG) in the early 1980s but left that company in 1985 to set up his own business buying and selling computers.

An early adaptor to information technology, Crowe pioneered the use of computers for tax calculations and was one of the first people in Ireland to have an Ireland-On-Line email address. A love of gadgets of all kinds, he also had one of the first mobile phones in Ireland. In an interview with The Irish Times at that time, he said, “I used to go round telling people someday we’d all have email addresses and they’d laugh at me.”

As well as buying and selling computer hardware and software, he went on to build websites for customers. He even put up a site selling shamrocks for St Patrick’s Day and one for Irish breakfasts on which he incorporated the sizzling sound of frying rashers.

The eldest of four children of Frances and John Crowe, Fred grew up in the Dublin suburb of Clontarf. He attended St Joseph’s Christian Brothers School in Fairview and completed a degree in commerce in University College Dublin in 1971.

He met his wife-to-be Niamh O’Kiersey at a youth club committee meeting in St Gabriel’s parish, Dollymount. The couple married in 1973 and went on to have five children. Well known in his locality, Crowe was a scout leader and an active member of the Lions Club and president of the Past Pupils’ Union of St Joseph’s.

Crowe worked in various companies including Revlon and the textile group, Seafield Gentex while studying by night to become a cost and management accountant. When he qualified in 1978, he went to work with Stokes Kennedy Crowley but his passion for information technology led him to form his own company – first Apple Centre Harcourt and later Crowe Software Limited – which went into liquidation in 1992 due to overexpansion. Following that, Crowe turned to private consultancy work and built websites for businesses. He later worked with his wife, Niamh by setting up the Speechwriters.com website where she sold speeches she wrote for all occasions.

On a business trip to India in 2005, Fred was so moved by the poverty there that he decided to use money he had saved to buy an apartment in Bulgaria to fund an extension to an orphanage in the Tamil Nadu region of Southern India. That was the start of what he went on to consider his most important work, first with Child Aid Ireland and later when he became chief executive of Nandri.

Through Nandri, Crowe changed the focus of the charity from a traditional child sponsorship model to a micro-financing model in which Indian mothers were given loans to set up their own businesses. If one mother was unable to repay the loan, the villagers shared the burden and what was repaid was redistributed to other women, most of whom were members of the so-called untouchable Dalit community. Crowe loved visiting the projects and spending time with the women who ran them. The charity, which still exists, also gives loans to Indian children so that they can attend third-level colleges.

Crowe brought his financial and computer skills to bear in this work and used the non-profit division of Salesforce to manage and run the fundraising operations in Ireland and India. Since 2012, the charity has issued loans of more than €900,000 in total. Crowe was proud of the fact that UCD Volunteers Overseas plans to go to Tamil Nadu in 2019, using the Nandri Centre as their base.

In 2012, Crowe was diagnosed with prostate cancer which spread into his bones in 2013. But, rather than stop his charity work, Crowe involved his family, his business contacts and local community organisations. He worked tirelessly to plan for the charity’s future in what he called the “Apres Fred” period.

In an interview for The Irish Times Generations series (which charted the experiences of Irish people through the decades) in 2014, Crowe said, “What’s important to me now in life is honesty, integrity, family and friends . . . To others, I’d like to say what I’ve learned in my life is – don’t waste any of your time and don’t moan.”

Fred Crowe is survived by his wife, Niamh, his children, Ciara, Cliona, Rossa, Caoilfhionn and Tiarnan, eight grandchildren, his brother, Aidan and sisters, Anne and Helen.