New homes: Off Mount Street for a million 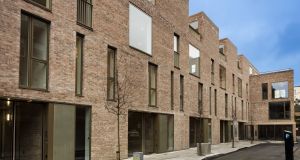 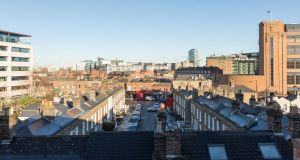 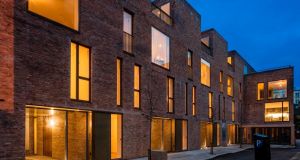 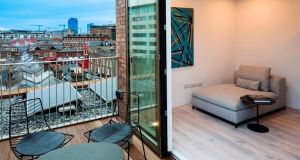 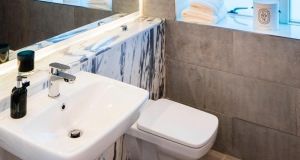 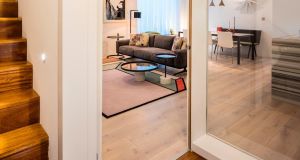 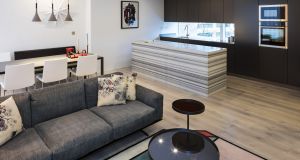 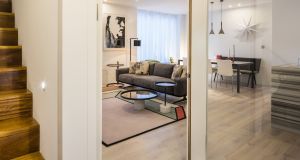 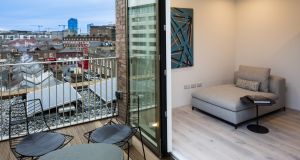 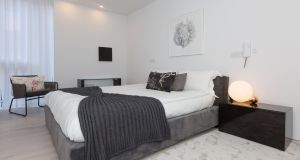 The redbrick fronted infill scheme is by first-time developer, Australian Paul Mizow. It may be his first development in Ireland but he learned his trade building in Darwin with partner David Anthony of Zest Projects, Australia. Anthony runs an operation that turns over AUS$60 million (€42.3 million) a year and has built more than 350 homes, Mizow explains.

Mizow had bought and sold 11 houses in Australia and was working in London when he met an Irish woman and moved to Ireland. His business interests here include White Smile Clinic, a teeth whitening and Botox business and he sits on the board of Emoji Technologies, an emoji app. Mizow has put €400,000 of his own money into the project and raised another €1 million to purchase the parcel of land.

Just one bay wide, the three-storey properties are tall and thin with eight flights of iroko stairs rising to a roof terrace.

The first of the three bedrooms is at entry level with a good-size guest toilet across the hall. The rest of the accommodation is on the first floor. All three bedrooms have platinum polished concrete floors. The master has an en suite bathroom to the rear and four doors of wardrobe space.

The main living space is on the second floor and spans the depth of the property.

Dual aspect, the kitchen-living-dining room has a large vertical picture window to the front that frames the officescapes on Grattan Street with a counter-height horizontal window on the opposite wall looking out towards Macken Street.

The kitchen units are clad in a dark, almost black, laminate with an island of bookmatched marmara marble.

A further two flights up is a roof deck of about 21sq m accessed via a second sitting room set up as a home office for the sale. Sleekly mechanized glass doors glide back to bring the outdoors in.

Families with small kids and downtraders may find the number of steps to navigate a challenge. But for families of older kids or couples with no children the sleek simplicity and the location, within a stone’s throw of both Georgian Dublin’s finest square and the tech hub of Grand Canal Dock, has definite appeal. Investors too should note that Andrew Long of selling agent JLL estimates a monthly rental yield of €4,500.

The houses are well presented – the showhouse is done by Helen Kilmartin of Minima – with decent storage for sports equipment and laundry facilities. Also for sale in the scheme are two own-door duplexes; a penthouse with a private lift has a master bedroom with great walk-in wardrobe space and a large wet room and a deck the size of a small one-bedroom apartment off the second bedroom.  Measuring 160sq m (1,720 sq ft), it is asking €1.15 million.

The ground floor duplex, 138sq m (1,491sq ft) in size, has a north-facing outdoor gravelled area that if decked and landscaped could be a lovely, private space. It is asking €895,000 through agents JLL.

All properties come with one off-street parking space.

What is the best exercise for you?
5

Michael Harding: ‘Rage began to boil inside me, but I didn’t let it surface’
8