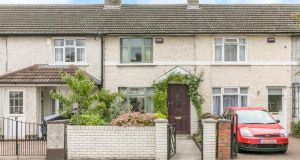 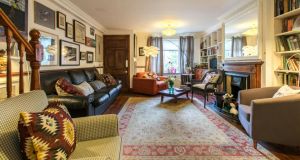 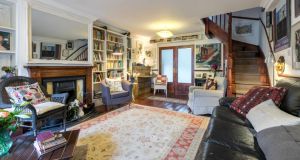 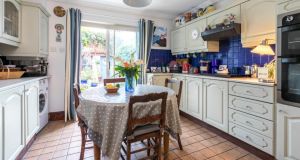 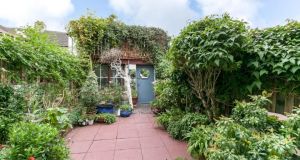 Much as today, a lack of social housing in Dublin in the first part of the 20th century became a major issue for Ireland’s first independent government. The difference was the number of corporation houses built by the first two administrations. They constructed more than 80,000 units over a 10-year period in Dublin city – the first project was at Marino – in an effort to accommodate the estimated 60,000 people living in slums and tenements.

Soon after Marino came Malone Gardens, off Bath Avenue in Sandymount. The project caused much controversy when a German company was engaged to build certain phases; unemployment at the time was chronic.

The development, which dates from 1928, takes its name from Michael Malone, the young Irish Volunteer and “crack shot of his company” who died in 1916, when the house he occupied at 25 Northumberland Road was ambushed by British soldiers.

As Bath Avenue is now one of Dublin’s hippest locations, full of young employees from Facebook, Google and Airbnb, there are lots of pubs and restaurants nearby. But “while it has become part of the new Dublin, the core and essence of caring neighbours – many of whom are descendents of the first residents – has not changed a bit,” says the current owner, who is moving on after 23 years.

Number 9, in the middle of the terrace, extends to 81sq m (870sq ft). The houses were built with two small rooms at the front of each property. The current owner rejigged the stairs and removed the hallway to create a spacious livingroom. Old pine floors were given a warm stain, and a large fireplace now forms the focal point of the room, which opens into the kitchen space.

The rear garden has been planted with clematis, climbing roses, hydrangea and jasmine, and clever use of mirrors creates the illusion of more space. A large shed provides lots of outside storage, in addition to the storage throughout the property, which the owner added over the years. The shed could also be plumbed to create a spacious utility, freeing space in the kitchen.

Upstairs are two bedrooms (the principal is en-suite), a home office and a family bathroom.

The property is for sale with DNG seeking €550,000. With the benefit of front and rear gardens, it certainly offers an attractive alternative to many similarly priced apartments in the area.

‘Sadly my marraige ended, but it was the kick I needed to start my own journey’
7

I'm up for sex the whole time, but my husband sees it as not putting in any effort
10