I May Destroy You: Smart, sexy, electrifying – and very funny – television 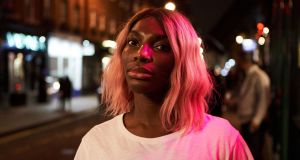 I May Destroy You: Michaela Coel as Arabella in her new BBC drama

Connections are everywhere. But everything’s blurred. In Michaela Coel’s assured, funny, startling, disturbing new drama, I May Destroy You (BBC One, Monday and Tuesday, 11.15pm and 11.45pm) we meet her character Arabella, an incredibly cool and confident Londoner, innit, a literary sensation on foot of a book – The Chronicles of a Fed-Up Millennial, ho ho – born of her Twitter commentary.

She’s enjoying metropolitan life, with good friends and a raft of friendly acquaintances, some of whose goodness we, and she, come to suspect. A ton of characters are introduced, with lives tumbling around dating swipes, multiple drugs, karaoke, sex, music. (There’s a great soundtrack.)

The flawed but sparkling Arabella juggles all that with seat-of-the-pants writing deadlines and a long-distance romance with a bit of a tool. All aspects of her messy, joyous life connect and intersect, from socialising to work. (There are very funny scenes with her passive-aggressive publishers.) In Coel’s story, boundaries and behaviours become blurred in myriad ways.

During an all-nighter to meet a 6am deadline for her follow-up book, Arabella skives off for an hour to meet friends and go dancing. What happens between then and being back at her keyboard is a blur, and she gradually realises her drink was spiked and she was sexually assaulted.

Coel, who won two Baftas for her Channel 4 comedy Chewing Gum, wrote and stars in the 12-part series, but the connection is even more intense, as the plot is based on a personal experience that she first told publicly when speaking at Edinburgh International Television Festival in 2018.

In the first two 30-minute episodes this week, the gradual realisation of what happened begins to dawn, as she attempts to piece together the strands of the evening – the cut on her forehead, the smashed phone – in a story that teases out loyalty and betrayal and truth and vulnerabilities and consent.

This dawning is done evocatively, with snatches of moments and confusion, and light-touch exploration of the nature of memory and consciousness, but also with very subtle dialogue. At the police station Arabella chides an officer: “You can’t call it a memory. It’s in my head. I’m the only person who can see it… I can see everything. I can see his whole face clearly.” Her face is laid open, like a map of her soul. And then she swallows herself into her sweatshirt.

As well as being a story about consent and loyalty, this has elements of thriller and detective drama: someone knows something, and some people are lying, as we try to figure out who’s who and what happened. “I just need to gather the pieces,” says Arabella. A whodunnit and what-they-done, with nuance.

The other thing: Arabella’s not a cliched victim. Something very bad has been done to her. She’s stand-up straight, strong, vulnerable and true.

Possibly the biggest surprise so far is that we don’t expect a harrowing, complex theme like this to be in such an entertaining, sexy and cool – and very funny – drama. This is smart, compelling TV, electrifying and fun, but also important, stylishly filmed, with a superlative script and performances.