Review: Relatives, friends and others recall the day in 1979 when the IRA killed 22 people 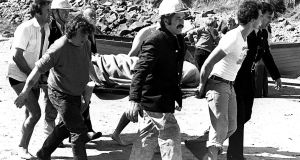 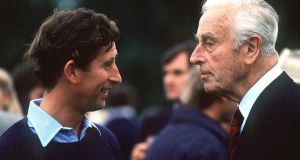 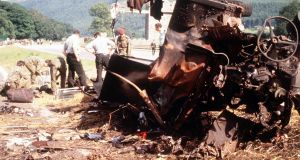 Aftermath of the Warrenpoint explosion in August 1979. Photograph: Pacemaker, Belfast

In the summer of 1979 a 15-year-old boy from Enniskillen named Paul Maxwell landed his dream job, working on a fishing boat in Mullaghmore in Co Sligo.

The boat, Shadow V, seemed prestigious: it belonged to Lord Mountbatten, also known as Admiral of the Fleet, the First Earl Mountbatten of Burma, the last Viceroy of India, and a gregarious, popular member of the royal family.

But, like Mountbatten himself, the boat was more modest: impressive but unshowy, voyaging but not imperious, disciplined but convivial. On board, Mountbatten shared stories with Maxwell about seeing active service in the navy from the age of 16. “We’re you frightened, my Lord?” asked Maxwell. “Yes,” he replied. “But you didn’t show it.”

It’s just one detail we hear during The Day Mountbatten Died (BBC 2, Monday, 9pm) recalled by Maxwell’s mother, Mary Hornsey, who has reason to remember every detail of 27th August 1979. On that day an IRA bomb placed aboard that ship killed her son, Mountbatten, his 14-year-old grandson Nicholas, and Nicholas’s grandmother, the 83-year-old Dowager Lady Brabourne.

“The day itself comes to me in flashes, rather like small explosions,” says India Hicks, Mountbatten’s granddaughter, who was 11 at the time.

Hicks is the only family member to contribute to Sam Collyns careful documentary, and, as with the stoic Hornsey, it is especially heart-breaking to see her attempt to tamp down the emotions of the day. “I’m so sorry,” she says, with a tiny forced laugh, “I don’t normally get upset.”

Trauma, like fear, is something you try not to show.

You see something comparable among the survivors of the IRA’s simultaneous ambush on soldiers at Warrenpoint, Co Down, in which two blasts, strategically timed, killed 18 soldiers.

Together, both attacks counted as the biggest loss of life the British Army experienced during the Troubles, and one of the most sickening acts of terrorism on Irish soil.

“13 dead and not forgotten,” one triumphant piece of Provo graffiti put it, regarding Bloody Sunday, “we got 18 and Mountbatten.”

To construe this as a retaliatory act of war, however, requires ignoring the killing of innocent women and children, which, given the sophisticated planning of the attack, seems deliberate.

So much so, in fact, that Anthony McIntyre, a former IRA member, now critic of the considers it “a war crime”.

Claimed as “an execution”, it was clearly an act of terrorism: an easy target, meant to inspire terror, to make the highest reaches of British society appear vulnerable, and to secure “reports around the world,” as Mountbatten’s biographer puts it, “in a way no other assassination could have achieved”.

To recall these events, with their deep history and their lingering heat, might be to invite fresh indignation. But the documentary recognises the story as part of the tortuous peace process, the unfathomable working through of anger and grief by all sides.

The symbolic and personal importance comes together in 2012, when the Queen, Mountbatten’s second cousin, shakes hands with Martin McGuinness, who, as the IRA’s then chief, ultimately bore responsibility for the attack.

Three years later, Prince Charles – to whom Mountbatten was a mentor – brought words of reconciliation to Sligo borrowed from Yeats, where “peace comes dropping slow”.

The ever clear-sighted Olivia O’Leary cautions us, however, that “Peace has to be worked at damn hard”, that this, like all the lessons of history, are never over. “It was like a day that would never end,” recalls Hicks. Forty years later, it still hasn’t.