The highs and lows of Eugene Downes in Kilkenny

He brought an opera focus to Kilkenny Arts Festival, but new music was neglected 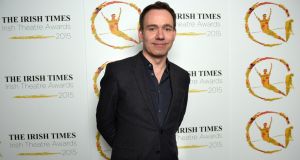 Eugene Downes: his weaknesses in Kilkenny were as clear as his strengths. Photograph: Bryan Meade

The curtain has fallen, and the Eugene Downes years at Kilkenny Arts Festival have come to an end. Musically, Downes left as he had started, with an extended focus on the smaller-scale work of a major master. This year it was the chamber and piano music of Brahms in a series titled Brahms in the Afternoon. Previous years had dealt with Beethoven, Bach, Mozart and Schubert, in a coupling with Handel.

He also brought to the festival a focus on opera which it hadn’t had since 1995, when Robert Houlihan conducted the Savaria Symphony Orchestra from Hungary, with Hungarian soloists, in a concert performance of Bartók’s dark opera, Bluebeard’s Castle.

This year provided the climax in Patrick Mason’s Opera Collective Ireland production of Monteverdi’s The Return of Ulysses, with the period instruments of the Akademie für Alte Musik Berlin. This production will also be seen at the Pavilion Theatre in Dún Laoghaire next month, with performances on Friday 7th and Saturday 8th.

Musically speaking, the extended composer focuses added a new dimension to concert life in Ireland. In this regard Downes was following the lead of Francis Humphrys of the West Cork Chamber Music Festival, who in the early years of the century presented a number of mini-festivals at Easter.

In 2000 Humphrys offered the complete Shostakovich string quartets at Bantry House, played by the legendary Borodin Quartet (some of whose members had actually worked with Shostakovich), and in later years the complete Beethoven piano sonatas and the major piano sonatas of Schubert, with each of the piano strands shared between a number of performers.

But those West Cork series were far from the scale of Downes’s Kilkenny undertakings. Just take this year’s Brahms focus for a comparison. A total of 24 works by Brahms were performed at Kilkenny over 10 days. The West Cork Chamber Music Festival took a full six years to reach that total.

Downes has at this stage picked a lot of the low-hanging fruit in terms of extended chamber music series. It will be interesting to see if his successor, Olga Barry, will attempt to follow the path that he so successfully opened up.

Downes’s weaknesses in Kilkenny were as clear as his strengths. In his first two years he did not programme a single work by a living composer, and he never gave the impression that new music featured in his thinking other than as an inconvenient chore, with choices being best left in the hands of performers. And in spite of the gender balance issues that have been convulsing the arts world for some years now, you won’t find a single work by a female composer mentioned in the programme of the 2018 festival. No doubt Downes will don a sackcloth to attend every single event in the National Concert Hall’s upcoming Female Composer series.

The second weekend of the Brahms focus was on an altogether higher level than the first – I missed all the programmes between Monday and Thursday. France’s Quatuor Voce performed the three string quartets, the two string quintets (with viola-player Hélène Desaint) and the Clarinet Quintet (with Florent Héau) and brought to all six works the kind of internal luminosity and freedom of instrumental dialogue that had been so singularly missing a week earlier in the piano trios and piano quartets.

Brahms’s mellow, autumnal writing in the Clarinet Quintet was delivered through a beautifully blended ensemble, and the improvisatory clarinet flourishes in the slow movement came across with easy freedom. There are elements of geniality and warmth that were not fully expressed in the performances of the two string quintets, and Quatuor Voce sounded altogether more comfortable with the two string quartets of Op 51 than in the later and more knotty writing of the Quartet in B flat, Op 67.

German baritone Benjamin Appl, with a delectably delicate Pavel Kolesnikov at the piano, gave a song recital that was artlessly, effortlessly communicative, singing as if his selection of songs by Schubert, Schumann (the Op 39 Liederkreis), Brahms (the Vier ernste Gesänge) and Grieg (the Op 48 songs) might have been written specifically for him.

Chamber Choir Ireland and their conductor Paul Hillier began their season-long odyssey through the motets of Bach with a programme that ranged also through the Altbachisches Archiv, the Old Bachian Archive, a family heirloom that collected works from the generations of Bachs that preceded Johann Sebastian. My appreciation of the choir’s performances, which included Brahms’s Motets, Op 29, was limited by the extraordinary physical discomfort of the pews in St Canice’s Roman Catholic Church. The wonderful, rich choral sounds were undermined by genuine physical pain.

The closing weekend’s musical highlight came from the Irish Chamber Orchestra under Jörg Widmann. The programme opened with Widmann’s own Con brio, commissioned for a Beethoven symphony series by Mariss Jansons and the Bavarian Radio Symphony Orchestra. The work puts material from Beethoven through the musical equivalent of a food mixer and shoots it on to the page in modernist fragments.

Widmann’s sister Carolin was the soloist in an eloquent and imaginative account of Beethoven’s Violin Concerto. Her approach suggested that every moment had been freshly reconsidered, and the style of communication was more on the lines of personal intimacy than conventional concerto-like grandeur. And the closing performance of Beethoven’s Seventh Symphony had a tautness of energy, sometimes touched with fierceness, that kept one on the edge of one’s seat.