This Album Changed My Life: Nirvana – Unplugged in New York (1994) 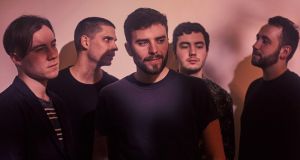 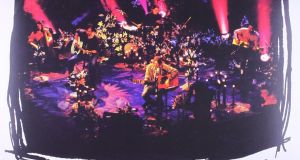 At the ripe age of 11, myself and Daniel Fox (later of Girl Band fame) were duly signed up for a summer camp in DCU and spent the week failing miserably across a range of gymnastic activities. One of the cooler older student instructors wore a hoody with a weird smiley face on it, and when I asked her what it meant she told me about this really amazing band that I should listen to called Nirvana.

I still remember going into HMV in Blanchardstown with my mam and buying it (my first album), the excitement of bringing it home and putting it on the CD player in my bedroom. It blew my prepubescent mind. Everything about it, the guitar sounds, the lyrics, Cobain’s vocal delivery, it all deeply resonated with me. It made me fall in love with music.

Today when I listen back, it still moves me. I think it is the pain in his voice, the last thing he recorded shortly before he passed away. Anyone unfamiliar with the album needs to listen to it, I think it is their most important album.

Spies new album Constancy will be released later in the year

The Music Quiz: What was Shane MacGowan’s first band called?
5