The great and the grisly of gangsta rap

A forthcoming biopic about NWA, and a new album from Dr Dre, have focused attention on a time when rap music came with a violent, nihilistic undertow 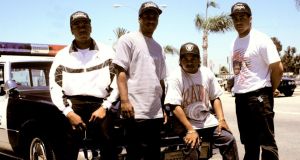 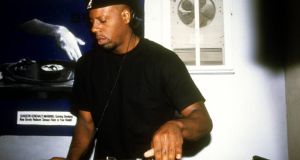 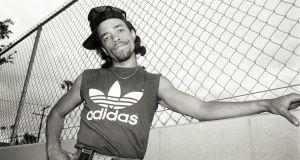 The gangsta rap revival is in full swing. The release later this month of the film Straight Outta Compton, about the life and times of NWA, will shine a light on the group that gave the world Dr Dre, Ice Cube, Eazy-E, MC Ren and DJ Yella, and their seismic effect on the music landscape.

NWA founding member Dr Dre is also getting in on the action with the release last week of Compton, his first album in 16 years. August 2015 is becoming the month when gangstas roam the earth once more.

But gangsta rap didn’t being or end with Compton or NWA. Indeed, many gangsta rappers will credit writers such as former pimp Iceberg Slim and the Blaxploitation film-makers behind flicks such as Super Fly with influencing their style and worldview to begin with.

In 1985, Philadelphia rapper Schoolly D was one of the first to adopt a gangsta style when his track P.S.K. bigged up local hoods the Park Side Killers. These days, Ice-T is best known as an actor on long-running TV show Law & Order Special Victims Unit. Back in 1986, he came to the fore with 6 In the Mornin’, which looked at the cops and bad guys scenario from the other side of the fence.

A year later, Eazy-E was clearly influenced by both Schoolly D and Ice-T when he clocked in for action with The Boyz-N-The-Hood. In 1988, NWA’s Straight Outta Compton was the first blockbuster gangsta rap album and one that would firmly establish west coast hip-hop as a commercial – and creative – force to be reckoned with.

Their second album, Efil4zaggin, in 1991 became the first gangsta rap album to top the US pop charts. Others jumped into the gap too, such as Above the Law, Cypress Hill, Too Short, the Geto Boys and many more.

This was a clearly defined genre from the off, one that looked at life on the unglamorous, gritty, tough streets and glorified the people who were dealing, shooting, thugging, robbing, carjacking and murdering.

Hip-hop always took its lead from the streets. Early pioneers such as The Last Poets and Gil Scott-Heron reflected the views and anger of the African-American experience, while acts such as Public Enemy raged against the machine.

But gangsta rap came with a much more violent, nihilistic undertow. It’s worth remembering that US west coast rap came to the boil around the same time that the Los Angeles streets were particularly lively.

Gangs such as the Bloods and Crips were involved in long-running clashes and exchanges. The Rodney King riots of 1992 were still a few years off, but the mistrust between the police and the local residents, which would be the catalyst for that unrest, was already in place. Decades of bad feeling between inner-city neighbourhoods and the authorities cultivated a simmering resentment. These neighbourhoods had long been neglected, forgotten and abandoned.

Gangsta rap was not the answer to all of these problems, but it became a vivid and resonant flashpoint. Many rappers would argue that what they were doing was simply articulating the word on the streets.

However, there would be many who would point out that the focus on such themes and subject matters as crime, violence, homophobia, misogyny, rape, drug dealing and so on – prominent gangsta rap tropes throughout the years – did not really tell the true tale of what was happening. It also didn’t help the local communities that such negative issues were hogging the limelight.

Then, there was the oft-aired criticism that many of the rappers were rhyming about subject matters that they themselves often knew jack about. It was hard, after all, to talk about the streets when you were actually living miles away in safer neighbourhoods, enjoying your success. That topic is part of hip-hop past, present and no doubt future: keeping it real and keeping in touch with the streets when you’ve left your neighbourhood far, far behind.

But just as the music turned the boyz with guns in the hood into heroes, it also turned the rappers in the hood into pop stars. It can’t be underestimated just how much of a successful commercial proposition gangsta rap was. Although hip-hop had produced stars before gangsta rap’s arrival, the genre had never quite caught fire in terms of sales in this way before.

As the 1990s developed, more and more hip-hop acts realised that talking loud and acting tough was the way to go, especially when it came to attracting a young, white audience who were clearly titillated by what they heard on records from acts such as Tupac, Notorious BIG, Snoop Dogg and many others.

A Sound Data survey found that 74 per cent of all rap records in 1992 were purchased by white consumers, most of whom were under 25 years of age. That year, rap accounted for 10 per cent of the music industry’s $8 billion sales in the US alone. Gangsta rap was big business.

Of course, there was opposition, but most of that opposition came from individuals or groups that those on the ground believed had neglected, criticised or abandoned their communities in the first place. When you had police authorities and bodies slamming NWA over Fuck Tha Police, their song attacking police brutality and racial profiling, or US presidents George Bush snr and Bill Clinton attacking gangsta rap, those on the receiving end of such criticisms would ask where those people were when they were really needed.

Bush’s 1992 comments, however, targeted the commerce behind the posturing. “It’s wrong for any company to issue records that approve of killing a law enforcement officer,” he said, highlighting the fact that many record companies were getting wealthy on the back of nihilistic, violent records.

Labels such as Ruthless, the infamous Suge Knight’s Death Row and even Puff Daddy’s Bad Boy label all made serious amounts of money from records glorifying violence and crime. Given that these labels were usually under the umbrella of one or other of the major labels, Bush was pointing out that many traditionally conservative shareholders were benefiting from the success of records that featured calls for cops to be killed or depictions of aggressive, misogynistic actions towards women.

Today, it’s clear that business won that battle. As the years went by, hip-hop in general became more gritty and hard-edged as a result of the success of gangsta rap. The sound and subject matter became the norm in mainstream hip-hop, be it on a Jay-Z record or a 50 Cent track.

Many of the new-school might not be as hardcore as the original gangstas, but the pitch and poise are similar. If you aren’t boasting about your links to the street or talking about your past as a drug dealer or gang-banger, you just aren’t real.

Having an arrest record, it turns out, is often a good way of ensuring a run of hit records. For now at least, gangsta rap leanings remain a lucrative part of the hip-hop world.