Plus new music from Two Door Cinema Club, Kodu, I Am The Cosmos and Mano Le Tough 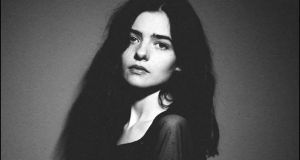 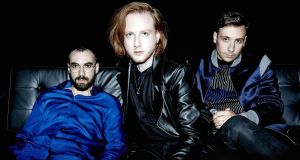 Two Door Cinema Club – Are You Ready (Wreck?)
Earlier this year, the Bangor lads made a long-awaited return to the live arena to road-test some new songs under the thinly veiled guise of Tudor Cinema Club, the original misheard name of the band. This week, they let the rest of the world hear one of those songs from forthcoming third album Gameshow (October 14th), their first bit of new music in three years. Keeping their indie-guitar credentials intact, Are You Ready? suggests new pop and funk textures and addresses singer Alex Trimble's outlier career path as a musician as opposed to say, a postman.

Rosie Carney – Better Man
The young 19-year-old Donegal-based singer-songwriter continues to impress by writing songs that are wiser and more expressive than many by artists twice her age. Better Man has a lush atmospheric, almost gospel-side to it that gives it a elegant lift.

I Am The Cosmos – Letting It Go
Ross Turner and Cian Murphy make sophisticated synthesizer pop music that draws from a knowledge of what's gone before. Their 2013 debut Monochrome was a moody disco delight and this new single on Max Rocha's Happy Valley Records is a pulsating mix of synths and drum machine beats that loses the run of itself beautifully.

EP OF THE WEEK
Hilary Woods – Heartbox
The Hilary Woods of 2016 is a long way from the festivals headline slots and peak-level music business sales she experienced as part of JJ72. This three-track EP is more orchestral and cinematically minded, a furrow Woods has been ploughing with a greater reward in the past few years. Lead track Bathing is “sonic nordic noir” worthy of a David Lynch dream sequence, the title track furnishes a horror soundtrack whisper scope while Sabbath rolls a piano line across a song that reminds of Julia Holter.

NEW ARTIST OF THE WEEK
Kodu
This newly formed Limerick duo of producer Dillon Reid and guitarist Darren Curtin are concerned with chilled electronic guitar productions and the idea of “spiritual awakening”. Their debut song Awaken has more than 30K views on the Youtube so far.


VIDEO OF THE WEEK
Mano Le Tough – Energy Flow
Directed by Al Kennington & Dara O’Neill
There are few things more compelling than a running video (see: Alt J, Tourist). Add some dramatic lighting in the forest and a suggestion that there an escape from the mundanity of factories and supermarkets and you've got a winning visual.