A Bowie collaborator and a musical picnic: The best jazz gigs this week 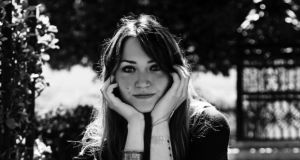 Easter: Musical Picnic with the Echo Band
National Concert Hall, Dublin
Studies show that music has an effect on young minds that is almost miraculous, improving language acquisition, mathematical ability and even social skills, quite apart from the pure aesthetic pleasure it brings. And yet, frustratingly, it can be difficult to get children and live music in the same room, particularly when it comes to high-quality creative music, which so often happens on licensed premises after bedtime. So hooray for the National Concert Hall’s Learning and Participation programme, which includes a “house band” of uber-talented contemporary jazz musicians, including vocalist Ríona Sally Hartman, percussionist Sean Carpio and guitarist Shane Latimer. This indoor picnic is a chance for kids from four-12 years to meet the musicians, try out the instruments and even conduct the band in a stimulating, participatory environment. Family tickets are €37 for four, there will be healthy and affordable picnics on sale, and the fun starts at 12.15pm in the foyer, with a concert at 1pm.

Drummer Mark Guiliana was already one of the rising stars of the New York jazz scene in 2014 when David Bowie wandered into a gig and hired him on the spot for what would be the great man’s swansong, Blackstar. With that, Guiliana’s profile crashed through the jazz ceiling and the New Jersey drummer found himself proper famous. Last seen on these shores not so long ago with his acoustic jazz quartet, Guiliana’s Beat Music project is a different animal, channelling Squarepusher and Aphex Twin through a Tony Williams lens. This Sugar Club gig is the first date of an extensive European tour promoting a new album, Beat Music! Beat Music! Beat Music!, so expect high-level musicianship, plenty of nervous energy and an adoring audience.

Zeropunkt
Arthurs, Dublin
The psychedelic improv experience formerly known as ¡NO! is saxophonist/guitarist Fergus Cullen, drummer Jamie Davis and bassist Damien Lennon. The newly coined trio have been recording material for two new albums to be released in the coming year, and here’s a first chance to hear what these intrepid explorers at the edge of the sonic universe have been up to.

Zrazy
Whale Theatre, Greystones, Co Wicklow
Is it poppy jazz or jazzy pop? Whatever it is, pianist Carole Nelson and vocalist Maria Walsh have been doing their own groovy thing for three decades, blazing a trail for women in jazz and even garnering a gold disc for their hit Ooh Aah Paul McGrath along the way. Here’s a rare chance to catch them on home soil in the sumptuous Whale Theatre in Greystones.

Selk
Workman’s Club, Dublin
As a drum and voice duo, Selk’s sound was stripped bare – sonically and emotionally – like a naked light bulb in an interrogation room. Singer Anna Jordan and drummer Denis Cassidy have now added a third voice to the mix – guitarist Barry Brady – and this is a first chance to hear where the new addition brings Selk’s hypnotic, sui generis sound.