In a Word: Silver 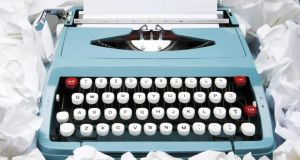 They say that every cloud has a silver lining. It is a phrase beloved of incorrigible optimists, your classic glass-half-full types who find something positive even in the grimmest situation.

It takes no great imagination to see such people on the sinking Titanic – while all others are rushing in panic to remaining lifeboats – stopping to observe “Isn’t that just beautiful!” as the band plays Nearer, My God, to Thee.

Most people probably only see the cloud. Few notice a silver lining. Indeed, a majority may even think there is no such thing. Not any more!

Ladies and gentlemen, allow me to introduce myself: I am a silver lining. And I owe my existence to an epidemic: to tuberculosis.

I should be grateful to that disease. So should you. If it was not for TB you would not now be sharing in the pleasure of my company.

But, just as every cloud has a silver lining, so too does every silver lining have a cloud. In this case there are six – my siblings, who also owe their existence to TB.

My parents met while working as nurses in a TB sanatorium at Castlerea in Co Roscommon. My late father would not have struck many as your typical nurse. In local politics particularly he was not noted for his bedside manner. But he trained as both a psychiatric and general nurse before moving on to the rest of his life.

My mother’s memories of her years as a nurse in Castlerea remain among her happiest, there among all that lively young staff tending to all those tragically young patients. Youth beats tragedy any day.

My parents were part of that great national effort to eradicate TB, begun by Dr James Ryan (great-grandfather of Ireland/Leinster rugby player James Ryan) and executed by Dr Noel Browne.

Castlerea became a front-line sanitorium set up to take on TB in Ireland, a battle won when, like the Prussian cavalry at Waterloo, penicillin finally arrived on the scene.

It meant that in my flawlessly Fianna Fáil home – both backgrounds were avid party supporters – the only political outsider afforded adored status was Noel Browne.

Ponder this then, gratefully, next winter as the bouncing babies’ silver lining of this coronavirus pandemic arrives among us.