Steve Zahn: ‘People come up to me and say: Do you still act?’ 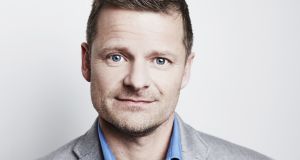 “People come up to me and say: ‘Do you still act?’” Steve Zahn says. “I get that once a week. I think: ‘f**k you!’ But we live down in Kentucky. So people automatically think it all must have gone south for me. Ha ha!”

Yeah, tell them where to go. I get no sense that this energetic, eccentric actor – who, implausibly, reaches 50 later this year – has been absent from our screens in recent years.

He was great in last year’s Oscar-nominated Captain Fantastic. We’ll soon see him in Lean on Pete, Andrew Haigh’s follow up to 45 years. But I suppose you don’t expect to meet movie stars on farms in rural Kentucky.

“We have always lived in the country,” he says in his quirky, angular way. “I met my wife in 1990 when I was on the national tour of Bye, Bye Birdie. We moved out of the city 13 years ago and it’s the best thing I ever did. Overheads are lower. I don’t have to work when I don’t want to.”

Everything you see on screen was acted out by Zahn using the motion-capture techniques that Andy Serkis, who returns as the charismatic Caesar, has made so much his own.

“These six months have been the most painful of my life,” he says. “People have this notion: ‘Oh, it’s just CGI’. I thought maybe it would be that. I got there and realised: my God, I actually have to become an ape.

“That motherf**ker Andy Serkis is one of the greatest actors I’ve ever worked with. People say ‘motion-capture acting’. It’s pure acting. It’s harder.”

This is surely not where Steve Zahn expected to end up. Classically trained with the American Repertory Theatre at Harvard, he imagined a life on the stage in difficult, modestly paid productions. There are no theatrical predecessors in his family, but his dad, a Lutheran minister, believes that he and Zahn are – if viewed from a certain oblique angle – both in the business of communication.

“He worked in universities as a chaplain,” Steve remembers. “They were very involved with refugee families and things like that. My parents were reasoned and deep thinkers. My dad is an intellectual and a literary man.”

His parents were very much on board when their son lunged towards serious acting. He graduated from high school in Minnesota and then spent a spell acting professionally in his home state. He travelled to London and soaked up the best productions in the West End. Eventually, a pal persuaded him to try for the Harvard programme.

“You don’t go to ART if you want to be a movie star,” he says. “You go there if you have ambitions to be a great actor. It was all Peter Brook and Anne Bogart. It was movement class and all that. It wasn’t until I was working with other actors that I thought to ask about movies. Then I got an agent and he sent me out on films. But I couldn’t get arrested on TV.”

That’s not quite true. Among his first high-profile roles was as Phoebe’s ice-dancer husband on Friends. The part was not large enough to make him any sort of instant celebrity. But once he became famous it began to resonate.

“Yeah, I had this one four-day gig on Friends,” he says. “It’s so weird how that has survived. People still refer to it now. There are entire movies I’ve done that offer nobody that reference. That’s crazy. I’ve worked with Jennifer Aniston since and it’s amazing how she’s able to shake all that stuff off.”

That was 1995. A year later he was charmingly ingenuous in Tom Hanks’s rock’n’roll romp That Thing You Do! Thereafter, he carved out a niche as the dorky guy who often conceals a warm heart. He did something of that sort in Steven Soderbergh’s Out of Sight. He was Christian Bale’s sidekick in Werner Herzog’s characteristically unhinged Rescue Dawn.

Zahn has proved versatile, but having a “type” as an actor is no bad thing. Indeed, there are probably screenwriters, at this very moment, describing characters as “a Steve Zahn sort”.

“People got to know me very gradually,” he says. “It was little things. It’s still like that. That Thing you Do! was a big thing. It’s always been very gradual. Like I say, people still ask me if I’m still acting. ‘I’ve seen all your movies. What are you doing now?’ Ha ha!”

He and his wife, the actor and writer Robyn Peterman, seem happy to be away from the hustle and the bustle. They served their time as jobbing actors in New York City. Now, they can live life at their own pace with their two children.

Social media is new to everybody. So your parents can’t teach you manners about it.

Steve sees the dystopian chaos in War for the Planet of the Apes as a metaphor for the current discontents in the United States. Woody Harrelson plays a deranged despot. Need we say more?

“It’s very relevant to what’s going on now,” he says. “It’s all to do with the lack of empathy and so on. I am a bit of a history buff and I’ll tell you what I think. I think a lot of this can be attributed to social media. There is this technology that’s been developed and it’s new to everybody. So your parents can’t teach you manners about it.”

Steve isn’t the sort to get aggressive. There’s an irrepressible cheeriness to him. But he’s certainly animated.

“I remember sitting in a restaurant and there is this family with their kids and they’re taking pictures with their phone. Nobody’s saying: ‘What the f*ck are you doing? Put your phone down.’ Now everybody has this voice. They all have a view. They all have this false… What?”

This is interesting. These days, publicists urge film stars to get on Twitter and Facebook. If you’re not Instagramming your porridge then you are in danger of slipping from the conversation.

“I don’t have a publicist. But, yeah, whenever you do TV shows – if it’s network – then that’s when they’ll say: ‘Oh come on. We’ll do it for you.’ And that’s even worse. I am not into that and I never will be.”

Yet Zahn is not an antisocial chap. He has, in earlier interviews, talked about how much he enjoys the press junkets. There are worse ways of earning a living. It is so absurdly hot in London today that I had to buy a new shirt lest I entered looking sweatier than Stanley Kowalski. But the sofas are plush and the catering is generous.

“Yeah. People complain,” he laughs. “I think: ‘have you ever done roofing? Some real work?’ Fly into another country and spend time talking about yourself? Who wouldn’t want that?”

Bridge on the River Kwai: ‘This film does not authentically portray the conduct of British officers’
7

‘Harry’s showgirl’: 10 things we’ve learned from the new book about Meghan and the prince
9

Pinocchio: A gorgeous but dark and unsettling reworking
10