Danny Boyle walked away from the production over ‘creative differences’ 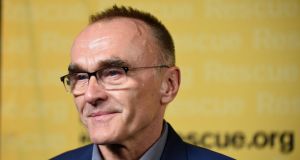 The new James Bond movie will miss its scheduled release date of autumn 2019, according to the Hollywood Reporter.

Sources close to the production have confirmed that the departure of director Danny Boyle earlier this week, just 14 weeks before principal photography was to begin, will lead to the entire production being put back.

It now seems likely that the 25th 007 film won’t be seen cinemas until a year later, as no Bond film has ever opened in the summer, and the fallout from Boyle’s departure is likely to mean the script he wrote with longtime collaborator John Hodge will be replaced with one by Bond veterans Neil Purvis and Robert Wade.

Major logistical reorganisation will be required in order to hit a 2020 release date, given that Purvis and Wade’s script differs in all respects, including plot and characters, from the one by Boyle and Hodge.

Speculation has been rife that the “creative differences” behind Boyle’s departure, which was announced by the franchise producers and star Daniel Craig on Monday night, hinge on this script. Some people have suggested that its apparent topicality – referencing the #MeToo movement and potentially Russian involvement in geopolitics – could have proved too hot a potato for Bond head honcho Barbara Broccoli’s palate.

Such a theory was backed up by one-time Bond villain Jonathan Pryce, who told the Daily Mail: “They obviously couldn’t take a socialist Bond.” Pryce, who co-starred with Pierce Brosnan in 1999’s Tomorrow Never Dies, continued by suggesting Boyle was a fundamentally bad fit for the position: “There are the Dannys of this world and then there are people who do the blockbusters.”

A source told the Telegraph that the crunch point was a dispute involving the casting of the villain, with Boyle preferring Cold War star Tomasz Kot, while the producers and Craig felt he would be too left-field a choice. The actor Mark Strong has also been linked to the role.

Rumours have also circulated that Craig and Boyle clashed over other casting issues. The former has apparently signed off on all major new signings – including Bond girls – since he began his tenure. If true, this makes the possibility that Craig, 50, will remain in the role, despite Boyle’s exit, more likely. Yet a gap of five years between Bond films is so far unprecedented without a change of lead actor.

The tumult triggered by Boyle’s exit is also said to be jeopardising multimillion pound sponsorship contracts, as brands linked to Bond scramble to delay and repurpose massive tie-in advertising campaigns.