Event of the Week: The IFI French Film Festival 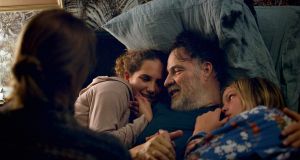 For all the wealth of cinema in Europe, no nation has managed to catch up with French for breadth of output or rep. The annual French Film Festival at the Irish Film Institute confirms as much with another overstuffed sac of Gallic pleasures. Some will eventually make it into cinemas. Some will not.

Claire Burger, director of the effervescent Party Girl, will be in town on opening night to discuss her much-lauded Real Love. The film studies the pressures that fall upon teenagers when their family separates.

Lukas Dhont’s Girl has been picking up gongs across the world since winning the Caméra d’Or for best first feature at Cannes. The Belgian film following a young dancer as she undergoes gender reassignment surgery, features a breathtaking performance from Victor Polster. Picked up by Netflix in the US, it will surely win many ardent admirers in Dublin.

Stéphane Brizé is fast consolidating his reputation as a master of social realism – successor to Robert Guédiguian, perhaps – and his latest film At War is no less urgent than predecessors such as The Measure of a Man. The impossibly talented Vincent Lindon stars as a union rep trying to protect his members as a car plant is shut down.

The festival also features the latest from the reliable Christophe Honoré. Sorry Angel is a sad, passionately engaged story of living in the shadow of Aids. Bolstered by a cleverly curated soundtrack of 1990 music – Ride, The Sundays – the film effectively conjures up an era that is fast disappearing from collective consciousness.

Fans of an awkward, equally loathed and loved enigma will be queuing up for Julien Faraut’s extravagantly titled John McEnroe: In the Realm of Perfection. The documentary, narrated by Mathieu Amalric, comprises 16mm footage shot at the French Open in the early 1980s. There will be shouting.

Also look out for new films from the wonderful Mia Hansen-Løve, Philippe Faucon and Cedric Kahn. M Kahn will present a masterclass in co-operation with Screen Training Ireland.

This year’s retrospective takes punters through he irresistible work of the perennially popular Henri-Georges Clouzot. Only Hitchcock (a confessed fanboy) did more to expand the vocabulary of tension. A journalist will be introducing a screening of his still sphincter-tightening thriller Les Diaboliques. C’est moi. That’s the one with Vera Clouzot as a pair of colleagues in a remote French school who plot to do away with the abusive headmaster. Take this chance to see a classic on the big screen. Dr Douglas Smith, senior lecturer at the school of languages, cultures and linguistics at UCD, will be introducing the extravagantly paranoid The Raven. Seán Kissane, curator of exhibitions at the Irish Museum of Modern Art, will be talking about Clouzot’s documentary The Mystery of Picasso.

You want more. There’s Belle and Sebastian. No, not the melodic Scottish miserablists. For children, the festival presents a new adaptation of the novel series that ultimately inspired the band name.