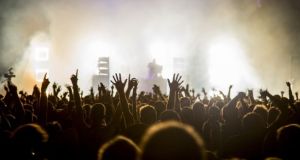 Major efforts have been made in the budget by the Government to save the State’s struggling arts, following months of lockdown that now threaten the future of thousands of jobs.

In his budget speech, Minister for Public Expenditure Michael McGrath pledged €50 million to help live entertainment businesses, along with an extra €50 million for the Arts Council, which next year will get €130 million from the exchequer.

“Covid-19 has had a devastating impact on arts, cultural and sporting activities. The spaces that brought us together, often in celebration of some of our most talented people, for now, lie empty and silent,” said the Minister.

Often ignored, the focus on the arts this year has been provoked by the employment crisis affecting the industry where thousands of artists of all forms are now out of work.

And it will be one of the last to get back fully into life once the threat posed by Covid-19 passes. Last night, the Government’s measures were met with a significant wave of approval.

The extra money follows a solid lobbying campaign by the volunteer-led National Campaign for the Arts, representing 55,000 artists, and, separately, by the Arts Council.

The Arts Council, which next year will enjoy its highest-ever level of State backing, pledged to support artists and arts organisations through the Covid-19 crisis, and to ensure that the public “can engage with the arts”.

Demands for help to the council have surged during the pandemic, including from many who never applied for State support before. It must now decide how to share out its help.

The National Campaign for the Arts welcomed the Covid Restrictions Support Scheme (CRSS) because it will be able to support institutions forced to close because of health restrictions.

However, the arts and culture world is dominated by highly-skilled and innovative freelancers with irregular, poorly-paid work, who were arguably in an unsustainable situation before any of this hit.

Sounding a note of caution about freelancers, the campaign group said the PUP income disregard would allow artists and arts workers to earn €120 per week without losing the payment.

However, the council said it was disappointed that the reduced tiered payments remain, and it worried about what would happen in April 2021 when the PUP is phased out.

Epic, another campaign group for the industry, said the €50 million fund for commercial live entertainment represented “the first time that we know of where the commercial sector has been recognised in a budget speech”.

As the National Campaign for the Arts Steering Committee watched the budget together over a Zoom call, there was a cheer when the Arts Council funding was announced. Aileen Galvin, one of the eight members, said “above all, the overwhelming feeling is that the arts have become part of the mainstream”. Welcoming how Minister for Culture Catherine Martin and the Government had backed the arts with “solid investments”, she said: “The arts proved its necessity through the pandemic and seeing and hearing our sector and our communities included in Government briefings and being embraced as part of the news cycle is hugely heartening.”

Apostasy: A ruthless, brilliant evisceration of the cult mentality
6