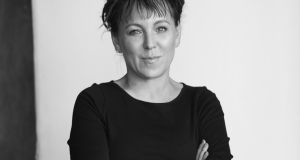 This year’s Man Booker International Prize shortlist features six books translated from five languages, hailing from five countries and three continents, but only one male writer alongside five female authors and an all-female list of translators.

The list includes Olga Tokarczuk, who won the prize in 2018 for Flights, with her other translator into English, Antonia Lloyd-Jones; Jokha Alharthi, the first writer from the Arabian Gulf to be longlisted for the prize, alongside Marilyn Booth; and Alia Trabucco Zeran, who makes the list with her debut novel translated by Sophie Hughes. The list also includes The Years by Annie Ernaux and translated by Alison L Strayer, which has already won prizes including Prix Renaudot in France and Premio Strega in Italy.

The shortlist is dominated by independent publishers, with two books from last year’s winner, Fitzcarraldo Editions, and one each from Sandstone Press,  MacLehose Press,  And Other Stories and Serpent’s Tail.

This year’s stories include the pilgrimage of a lecturer on beard fashions over the pine islands of Matsushima, a tale of Colombian conspiracy theories, and an environmental whodunnit with a cast of eccentric characters. Family connections and history are also present in the coming-of-age account of three Omani sisters, the story of three children of ex-militants overcoming Chile’s complex past, and an evocative narrative of France from 1941 to 2006 which blends the personal and the collective to present memories of a generation.

Historian Bettany Hughes, chair of the 2019 Man Booker International Prize judging panel, said: “Wisdom in all its forms is here. Unexpected and unpredictable narratives compelled us to choose this vigorous shortlist. Subversive and intellectually ambitious with welcome flashes of wit, each book nourishes creative conversation. We were struck by the lucidity and supple strength of all the translations.”

The other judges are writer, translator and chair of English PEN Maureen Freely; philosopher Prof Angie Hobbs; novelist Elnathan John and essayist and novelist Pankaj Mishra. The £50,000 prize for the winning book will be divided equally between its author and translator. The winner will be announced on May 21st.

The Pine Islands by Marion Poschmann (Germany), translated from German by Jen Calleja (Serpent’s Tail)
When Gilbert Silvester, a journeyman lecturer on beard fashions in film, awakes one day from a dream that his wife has cheated on him, he flees - immediately, irrationally, inexplicably – for Japan. In Tokyo he discovers the travel writings of the great Japanese poet Basho. Suddenly, from Gilbert’s directionless crisis there emerges a purpose: a pilgrimage in the footsteps of the poet to see the moon rise over the pine islands of Matsushima. Falling into step with another pilgrim - a young Japanese student called Yosa, clutching a copy of The Complete Manual of Suicide – Gilbert travels across Basho’s disappearing Japan with Yosa, one in search of his perfect ending and the other the new beginning that will give his life meaning. The Pine Islands is a serene, playful, profoundly moving story of the transformations we seek and the ones we find along the way.
The judges said: “A quirky, unpredictable and darkly comic confrontation with mortality.”
Read: The Irish Times review

The Remainder by Alia Trabucco Zeran (Chile), translated from Spanish by Sophie Hughes (And Other Stories)
Santiago, Chile. The city is covered in ash. Three children of ex-militants are facing a past they can neither remember nor forget. Felipe sees dead bodies on park benches, counting them up in an obsessive quest to square the figures with the official death toll. He is searching for the perfect zero, a life with no remainder. Iquela and Paloma are also searching for a way to live on. When the body of Paloma’s mother gets lost in transit, the three take a hearse and a handful of pills up the cordillera for a road trip with a difference. Intense, intelligent, and extraordinarily sensitive to the shape and weight of words, this remarkable debut presents a new way to count the cost of generational trauma.
The judges said: “A lyrical evocation of Chile’s lost generation, trying ever more desperately to escape their parents’ political shadow.”
Read: The Irish Times review

Celestial Bodies by Jokha Alharthi (Oman), translated from Arabic by Marilyn Booth (Sandstone Press)
Celestial Bodies is set in the village of al-Awafi in Oman, where we encounter three sisters: Mayya, who marries Abdallah after a heartbreak; Asma, who marries from a sense of duty; and Khawla who rejects all offers while waiting for her beloved, who has emigrated to Canada. These three women and their families witness Oman evolve from a traditional, slave-owning society which is slowly redefining itself after the colonial era, to the crossroads of its complex present. Elegantly structured and taut, it tells of Oman’s coming-of-age through the prism of one family’s losses and loves.
The judges said: “A richly imagined, engaging and poetic insight into a society in transition and into lives previously obscured.”

The Years by Annie Ernaux (France), translated from French by Alison L Strayer (Fitzcarraldo Editions)
The Years is a narrative of the period 1941 to 2006 told through the lens of memory, impressions past and present, photos, books, songs, radio, television, advertising, and news headlines. Local dialect, words of the times, slogans, brands and names for ever-proliferating objects are given voice. The author’s voice continually dissolves and re-emerges as Ernaux makes the passage of time palpable. Time itself, inexorable, narrates its own course, consigning all other narrators to anonymity. A new kind of autobiography emerges, at once subjective and impersonal, private and collective.
The judges said: “An elegant portrait of an age; a much needed riposte to the ever-narrowing trajectory of auto-fiction.”

The Shape Of The Ruins by Juan Gabriel Vasquez (Colombia), translated from Spanish by Anne McLean (MacLehose Press)
Whilst pacing the dark and lonely corridors of a hospital in Bogota during the premature birth of his twin daughters, Juan Gabriel Vasquez befriends a kindly physician, Doctor Benavides. Through the doctor, Vasquez meets Carlos Carballo. A middle-aged man, Carballo is consumed by a conspiracy theory about the assassination of an up and coming politician and JFK-like figure Jorge Eliecer Gaitan in 1948. He tries to persuade Vasquez to write a novel about the murder, but despite repeated refusals Vasquez is drawn deeper into the conspiracy when Gaitan’s vertebrae, stored in a glass jar in a mutual friend's house, goes missing. Sparking a turn of events, Varquez opens up a second, even darker conspiracy about the assassination of another politician, Rafael Uribe Uribe, in 1914.
The judges said: “A harrowing immersion into the bottomless pit of conspiracy theories. Rooted in Colombian history, it speaks to a central question of our times.”