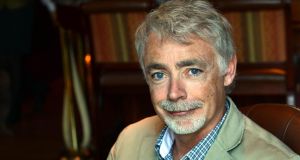 Author Eoin Colfer in 2012. His ‘Artemis Fowl’ series is set to be rendered on screen next year. File photograph: Brenda Fitzsimons/The Irish Times

Once upon a time Irish children’s literature consisted of a handful of authors with a middling profile and modest domestic sales. Apart from two main children’s publishers there was very little else in terms of industry or publishing infrastructure. The only Irish authors getting published abroad were writing for the popular fiction and literary markets. However, in the past 20 years things have changed dramatically. Companies such as Gill Books, Little Island, and O’Brien Press are publishing children’s books at a rate that would not have been dreamed of in the 1980s and 1990s. The demand for children’s books has never been higher, and there seems to be more Irish children’s authors than ever before, with the likes of Catherine Doyle, Helena Duggan, Sinéad O’Hart, and many more heading straight to the UK to get published. In the UK, they’re talking about a new golden age of children’s literature, and there are rumblings of a similar scene in Ireland. How and why did all this come about, and are we in the middle of our own golden age?

Eason book buyer David O’Callaghan argues that we’re in a third golden age, in a cycle that was kicked off by JK Rowling and the “Harry era”.

He thinks that the commercial success has been one aspect that helped to garner a long overdue respectability for children’s books. “It goes back to where was the kids’ section 15 or 20 years ago and it was down by goods inward where all the trolleys are dumped. But now it is respected – why do kids’ books now move to the front of the store? – because they’re hugely popular and now they’re a massive part of the business. So money is a key part, and no one should be blind to the fact that publishers want to make money, an author has to make a living, and why are there so many celebrity authors moving into kids’ books, oh, maybe it’s because kids’ books are killing it. That’s very cynical, but the truth is the truth.”

Respectability conferred by the market is one thing, but where else has the long overdue critical deference shown to children’s literature come from? Little Island publisher and children’s author Siobhán Parkinson has an answer.

“I think things have changed since the universities took it up. When I was at the height of my career as a children’s writer in the 1990s it was considered a second-rate kind of literature. When English departments took it up as an academic study I think its status was very definitely raised, and that started about 10, 15 years ago. Now it’s got to the point where it’s almost chic. It’s gone from being a second-rate literature to being a ‘cool’ literature. I’m not sure that’s a great thing either, I’d just like it to be treated with respect.”

Of course, some people had to take the first steps that led others to this route to commercial success and respectability. Wexford’s Eoin Colfer received the largest advance for an unknown writer in Britain for his Artemis Fowl series in 2000. I ask him if he thinks his breakthrough helped smooth the way for other Irish authors. “Well for me Darren Shan was the breakthrough. My first book Benny and Omar was number one at Christmas in 1998. I was very close to being able to survive as a writer, but not quite there and then Darren Shan got this massive advance for like a 10-book deal and I’ve just never heard of an Irish kids’ writer doing that before.”

Colfer asked some people how it was done. He was advised to get a London agent and he was signed up by Sophie Hicks. Success came every quickly, and Colfer and Shan were followed by Derek Landy who received a seven-figure advance for his Skulduggery Pleasant series in 2006. Shane Hegarty and Dave Rudden followed them across the water to be signed by UK publishers. Parkinson says that it happened because people were being picked up by UK agents. “But I’d say the real reason it happened is because you can’t make a living really in Ireland, and Irish publishers also find it difficult to make any kind of inroads into the British market.”

And again, there’s that niggling sense that respectability was being sought by authors in other ways. Celine Kiernan, author of Begone the Raggedy Witches and the Moorehawke trilogy has noticed a trend: “I think there’s been more interest paid to Irish authors by foreign publishers. I think we’ve been legitimised by foreign interest in our work, which sadly has always been the case in Ireland.” Thanks to such interest she says “we’re suddenly legit. I noticed this when my books moved abroad. When the Moorehawke trilogy was picked up abroad suddenly they were ‘real’ books.”

She talks about the added attraction of the Irish voice. “I think it was Sebastian Barry who was asked early in his career to write English stories, and he more or less stuck the middle finger up, and his stubbornness proved right. I don’t think there’s that pressure now because it’s been acknowledged that the Irish voice travels.”

Which leads me to wonder if Irish children’s books have certain qualities that UK publishers might find uniquely appealing. Shane Hegarty, author of the Darkmouth series, says it’s a hard one to answer: “I first went to Harper Collins [and] one of the first questions I was asked was why are there so many good writers coming out of Ireland? What is it about Ireland? It’s possible that tradition of oral storytelling and the way Irish people use language as they’re growing up in that particular Hiberno-English lends itself to writing in a really good way, there is humour in it, there is magic in our stories because it’s what they’re rooted in. It’s possible that we find that it’s a well we can draw from quite naturally, and a lot of this successful Irish writing has been in the area of fantasy and magic.”

Colfer echoes the sentiment: “When I was in school our history books were half legends and half actual history. We were taught the Children of Lir alongside the 1916 Rising so it was all very real to kids growing up in the 70s and 80s in Ireland. I almost felt obliged to write about the Fianna or to write something about leprechauns.”

Hegarty also makes the point that writing for children was a disregarded corner of Irish literature. “But it has really obviously kicked off in parallel with what’s happened in the UK. JK Rowling brought children’s literature to an adult readership, Eoin Colfer then was the one who confirmed it as real, and his impact globally was huge, and Darren Shan was part of this too. I’m generalising now, but in a sense to be acknowledged as an Irish writer you had to be writing a kind of literary fiction, and I think the success of Eoin, Darren, and Derek showed that you could be a great Irish writer while writing for children. In many ways they sort of broke down any hang up there might have been about writing for children, and I think since then there’s been a steady climb as the market has opened up hugely in the UK.”

It’s clear from talking to people in the industry that there are concrete indicators that children’s writing is being taken seriously. The work of Children’s Books Ireland, the Dublin Unesco Citywide Reading initiative, and the creation of the post of Laureate na nÓg are all part of a previously unimaginable infrastructure. Irish children’s literature is being legitimised, not just because it makes money, but also because of its cultural merit.

As to that cultural importance, O’Callaghan thinks it all has a certain symmetry. “Funnily enough since Eoin’s first deal you could argue that it’s come full circle because lo and behold the Artemis Fowl movie is coming out next year and that will feed into everything, and the golden age will have come full circle.”