Crime fiction reviews: The Accident on the A35 by Graeme Macrae Burnet and books by Antti Tuomainen and Sophie Hannah 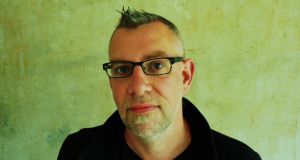 A literary thriller: The Accident on the A35 is Graeme Macrae Burnet’s absorbing third novel. Photograph: Jen Cunnion

The epigraph to Graeme Macrae Burnet’s third novel, The Accident on the A35 (Saraband, £12.99) – “What I have written is false. True. Neither true nor false” – could serve equally well for any work of fiction, but Sartre’s words are especially germane to what might be called Burnet’s metafictional method. His Bloody Project, shortlisted for the 2016 Booker Prize, was presented, Defoe-like, as a set of found documents, including a memoir written by an accused murderer in 1869 and an account of his trial, with an introduction by Burnet.

The Accident on the A35 brings us the recently discovered second novel by Raymond Brunet, the French author and suicide whose first work, The Disappearance of Adèle Bedeau, was similarly translated and introduced by Graeme Macrae Burnet. An afterword commends the astute marketing of the original French edition, speculates on the autobiographical nature of the tale and even samples some of the reviews.

All of which self-referential cleverness might prove a little irritating if the novel itself, if such an analogue term may be permitted, were not so absorbing. When a seemingly respectable lawyer in the sleepy French provincial town of Saint-Louis dies in a car crash, Inspector George Gorski, affected as much by the erotic allure of the man’s widow as any great passion for justice, refuses to accept a verdict of accidental death. Meanwhile the lawyer’s dreamy, self-regarding teenage son determines to investigate his unloved father’s secret life. Redolent of Simenon and Camus, The Accident on the A35 is an immensely satisfying literary thriller: subtly observed, psychologically acute and extremely droll.

The Man Who Died (Orenda, £8.99), by Antti Tuomainen, translated by David Hackston, has a deliriously arresting set-up: having been informed by his doctor that he has been slowly and fatally poisoned and has at most weeks to live, 37-year-old pine mushroom exporter Jaakko Kaunisma immediately seeks out his wife and business partner, Taina. When he finds her, however, she is busy with Petri, their company’s transport manager: “She is riding Petri as though she were trying to climb a mountainside on horseback … It’s an impressive sight.” Suspecting Taina of attempting to murder him and take over the business, Jaakko resolves to stop her and to secure his legacy, but a business rival armed with a Samurai sword is adding to his troubles, and in any case, he is dying.

Comparisons have been made with Carl Hiassen and the Coen Brothers, but Tuomainen is his own man; liberally salted with macabre, improbable incidents of violence, The Man Who Died is deftly plotted, poignant and perceptive in its wry reflections on mortality and very funny. “I don’t know whether it’s possible to body-build your head, but somehow it is bulkier than usual,” Jaakko remarks of an approaching heavy.

A rant about the crapness of printers concludes that printer companies are in league with anti-depressant manufacturers, while a riff on work meetings that herald unpleasant news is simply inspired: “…streamlining the business (redundancies); fusion (redundancies); looking into a recent spate of theft of company property (redundancies); or a reassessment of company strategy (going into liquidation).”

Andrea Carter once ran the most northerly solicitor’s practice in Ireland, and she has brought that experience to bear on her highly enjoyable series of mysteries set on the Inishowen peninsula in the fictional village of Glendara, of which The Well of Ice (Constable, £13.99) is the latest. Busy with last-minute conveyancing in the run-up to Christmas, Ben O’ Keefe takes a brief trip home to see her parents, and bumps into her sister’s murderer, Luke Kirby, fresh out of jail and foul as ever. Back in Glendara, the Oak pub is burned to the ground and its barmaid has gone missing. When a body is discovered on Christmas morning on a snowy hillside, Ben finds herself at the centre of more than one investigation.

Carter writes very much in the village mystery tradition, with a likeable amateur detective, an atmospheric and vividly rendered sense of place and engagingly drawn series characters. But villages ain’t what they used to be, and as the ghosts of the past violently converge, The Well Of Ice moves towards a spectacular and explosive conclusion.

Best known for her Culver Valley series of psychological suspense novels and for writing the first new Hercule Poirot novels since Agatha Christie’s death, Sophie Hannah’s Did You See Melody (Hodder & Stoughton, £12.99) is a spirited standalone set in the US. Fed-up with her husband and children, Cara Burrows has spent a third of her family’s savings on a holiday at a luxury spa resort in Arizona.

When she lets herself into her hotel room, she finds it already occupied by a man and a teenage girl – a girl who appears to be the most famous murder victim in America, Melody Chapa, whose parents are serving life sentences for the crime. Turning detective, Cara immerses herself in online research, devouring many episodes of an NBC show called Justice With Bonnie, whose host, Bonnie Juno, campaigned strenuously to have Melody’s parents convicted. But before Cara can pursue the case any further, her husband arrives to take her home, and before that can happen, she is abducted.

In her acknowledgements, Hannah name checks the podcast Serial and the TV show Making a Murderer, and while there is a degree of dark suspense around the notion that the Chapas could not love Melody because her elder sister had failed to survive, the energy of Did You See Melody is very much centred on the true crime elements: transcripts of interviews from Justice With Bonnie, witness statements and blog posts. These lend verisimilitude to what is a fiendishly complicated plot, but perhaps they are leant on a little too heavily, while the stakes of Cara’s own family plot never seem high enough. Still, Hannah knows how to tell a story, and drives the narrative through to an unexpected and utterly chilling twist ending.

Twist endings were among the great Ruth Rendell’s many accomplishments, and they feature in abundance in the posthumously published A Spot of Folly (Profile, £14.99), a new collection of short stories to which Sophie Hannah contributes an astute introduction. As Hannah remarks, the stories are not snapshots of a moment but satisfying narratives with a beginning, middle and end. Tart tales of well-heeled adultery in the stockbroker belt nudge up against a trio of deliciously eerie ghost stories, while The Thief, at 50 pages the longest piece here, displays all of Rendell’s unsettling gifts: an unflinching eye for human self-deception and self-destruction; a genius for quietly artful misdirection; above all, the serene, impervious sense that fate is inexorable and resistance futile. Light a fire and settle in: A Spot of Folly is a chilling wintertime treat.