August’s recommended YA titles: sexuality, mental health and a kidnapping 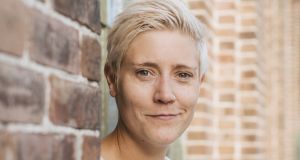 Emily M Danforth’s “The Miseducation of Cameron Post” (Penguin, £7.99) is an atmospheric coming-of-age novel that captures the intensity of adolescence and dangerous attractions.

The day 12-year-old Cameron’s parents die in a car crash, she’s been kissing her best friend, Irene. When there’s bad news, she presumes she’s been “found out”, and a curious relief descends: now Mom and Dad will never “know”. In rural Montana in the late 1980s, girls only ever kiss boys; “that’s how it worked”.

Her new guardian, the “crispy-sweet” and born-again Christian Aunt Ruth, is not the sort of person anyone could ever talk to about unsettling feelings; Cameron knows how to “read those codes for gay content” on the movies she loves to rent but also understands this must be kept secret at all cost.

Emily M Danforth’s The Miseducation of Cameron Post (Penguin, £7.99) is a tremendously atmospheric coming-of-age novel that captures the intensity of adolescence, and particularly of dangerous attractions. The world Cameron inhabits knows about gay rights, but views them as “sick movements” that only happen “on one of the coasts”; when she is eventually sent off to a Christian “school” (read: conversion therapy programme) to “break free from the bonds of sexual sin” it is as unsurprising as it is heart-breaking.

A residential programme of a different kind features in Holly Bourne’s latest novel, Are We All Lemmings & Snowflakes? (Usborne, £7.99). Olive agrees to attend Camp Reset as part of their first group of volunteers, in large part because – a realistic touch here – the waiting list to access other psychological supports is absurdly long. Reluctant about an official diagnosis, she nevertheless knows something’s wrong – especially after ruining yet another family occasion.

Bourne has addressed mental illness in her fiction before, but her focus here is on what causes it. For Olive, the root seems clear: she’s just “a bad person”. But as the programme progresses, along with her own secret side-project (trying to develop a “formula for [her] own sanity”), she realises that the issue is that “The WORLD needs to change, not us. Because if the world wasn’t so messed up, there wouldn’t be mental illness . . . maybe, just maybe, none of us would be here if life had been easier or fairer or righter or happier or less scary.”

Is it as simple as that? Readers of Bourne’s previous novels will suspect, correctly, no. Alongside an intriguing concept, there are shrewd observations about mental health issues – “trying to use logic to explain anxiety is like using a banana to open a locked safe” – that will reassure readers this is a book (and an author) that does, actually, “get” it.

Lydia Ruffles’s second novel, Colour Me In (Hodder, £12.99), also touches on mental health issues and much more, with 19-year-old Arlo fleeing his everyday life for adventure abroad. A semi-famous actor before the age of 20, he’s conscious that “things that used to feel like luxuries have started to feel like problems and he hates that”, as well as anxious that his career may be already over, but it’s the unexpected death of his best friend that tips him over the edge.

In travelling, he doesn’t quite “find himself” (thankfully) but does encounter a young woman on a quest of her own. Their relationship is complicated and nuanced, with a shared interest in artistic expression serving as a call-back to Ruffles’s first novel. This is a sophisticated read and particularly impressive in its portrayal of the inner lives of young, hurting men.

Tom Pollock’s White Rabbit Red Wolf (Walker, £7.99) sets itself up as another title about teenage boys and their mental health. Maths genius Pete is prone to anxiety, already certain in the first few pages that attending an event to celebrate his scientist mother will lead to “the biggest, most epic public meltdown in history”. When his mother gets stabbed, however, and his twin sister disappears, and – to top it all off – Pete finds himself “kidnapped by a doctor with the bedside manner of a serial killer”, the reader realises this is a very different kind of story.

This psychological thriller (Pollock’s first time writing for teens) pulls on the familiar theme of “how well do you know the people that you love?”, but weaves it in among so many conspiracy theories and possibilities that every reveal is a genuine shock. The tagline on the cover – “This story is a lie” – offers some clue, but in other ways adds to the sense of ever-shifting ground beneath our feet. Just what is real here, anyway?

Finally, Adam Silvera’s More Happy Than Not (Simon and Schuster, £7.99) makes its way across the Atlantic for the first time, despite having been Silvera’s debut in his native United States. Set in the Bronx in a future so close we can taste it, this novel depicts a world where Leteo, “the forgetting drug”, is available to anyone who has memories they’d rather repress.

Or rather, anyone who can pay. Aaron certainly can’t; his family lives in a one-room apartment and things were tough even before his father’s suicide. But he’d certainly appreciate forgetting that – or his own “selfish, but also embarrassing” attempt to follow in his father’s footsteps two months ago. As public protests against Leteo increase, focusing on its dangers but also its capacity to relieve criminals of guilt, Aaron’s desire for the drug also heightens.

Because in the macho, working-class neighbourhood where any intimacy between two male friends must be deflected with a “No Homo!” declaration, he would very much like to forget about the feelings he’s developing for another boy.

That Silvera’s novel takes this route will be less of a surprise to UK and Irish readers – his work typically features gay protagonists – but the intriguing concept, clever twists and authentic teen voice still make this one hell of a read.