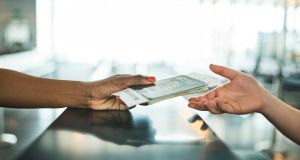 The European Union is reported to be months away from issuing Covid-19 immunity certificates.

The European Union is still months away from issuing Covid-19 immunity certificates, raising the risk of another lost tourism season for the bloc’s aviation and hospitality industries.

Technical work on a digital platform to authenticate travellers’ health status could take three to four months, according to a briefing note circulated to national delegations in Brussels on Tuesday.

Beyond that, there are legal hurdles, the challenge of agreeing the scope of the programme, and resolving thorny medical questions.

The system being developed by the European Commission would confirm holders have recently tested negative, been fully vaccinated, or recovered from the coronavirus and are thus presumed to be immune.

But EU member states are at loggerheads over the use of the “status certificates”, with tourism-dependent economies like Greece pushing for rapid introduction to allow for the return of travel and other activities like dining out, at least for a segment of the population.

France and Belgium have resisted, citing concerns including privacy and fairness.

Airlines and hotels have also been clamouring to ease restrictions which have only been tightened over the past several months, even as vaccine rollouts progress. The International Air Transport Association last week said airlines could burn through $95 billion (€79 billion ) this year, double an earlier forecast, while passenger traffic could be limited to as little as one-third of pre-pandemic levels.

“Testing, supported by digital apps and contact tracing, are all part of the solution,” Gloria Guevara, head of the World Travel and Tourism Council said last week. The group spans hotels and airlines, as well as airports, tour operators and companies like cruise lines, car rental services and travel agents.

The EU has been working on technical aspects of the certificate with the International Civil Aviation Organisation and the World Health Organisation.

The memo is asking the bloc’s member states to provide feedback before the commission unveils a legislative proposal later this month. Among the issues that still need to be resolved is whether the certificates will be used to facilitate travel within the EU, and what it will mean for journeys from outside the bloc.

One risk for the EU is that tourism-dependent members would grow impatient and strike their own bilateral arrangements with outside countries, endangering unity.

Last month, Greece and Israel reached a deal on mutual recognition of jabs. Greece is also in talks with the UK, the US, and Russia, “with various degrees of progress”, Greek tourism minister Harry Theoharis said last week.

“Of course we hope the EU can work together as one and remove the need for bilateral discussions and agreements,” Mr Theoharis said.

The bloc also needs to establish a common approach to “proof of recovery” from Covid, according to the memo dated March 2nd. It’s unclear for how long a person who has survived the illness is immune to reinfection, and whether the body will be resistant to emerging variants of the virus. – Bloomberg

9 Cartoon Saloon boosted by deals with Apple and Netflix