Holding is worth €54m based on current market prices 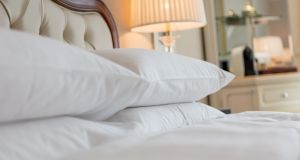 Dalata owns, operates or leases 44 hotels in Ireland and Britain under the Maldron and Clayton brands. Photograph: iStock

Saudi Arabian conglomerate Zahid Group has increased its stake in Dalata Hotel Group to almost 10 per cent, buttressing its position as the Dublin-listed company’s largest investor only months after cropping up on the shareholder register.

Dalata said on Tuesday that Zahid Group, a family-owned business that started off in the early 1940s as a General Motors dealership in the Red Sea port city of Jeddah, has increased its stake to 9.8 per cent from just over 8 per cent previously. The holding is worth almost €54 million based on current market prices.

Zahid Group, whose interests span from construction and real estate to the oil and gas industry, revealed to Dalata on August 13th that its investment had breached the 3 per cent level that must be disclosed to the stock market.

The stake is held through a Luxembourg-based subsidiary called Perpetua Holding Europe Sarl.

Zahid Group is believed to have taken part in share-placing by Dalata at the start of last month as it raised €94.4 million selling shares equivalent to almost 20 per cent of its outstanding stock at the time.

The funds are aimed at giving Dalata the firepower to secure additional hotel leases in London, regional parts of the UK and Dublin, where, it said, “growth opportunities remain compelling”.

Zahid Group’s stake in Dalata rose to 6.3 per cent from 4 per cent on the date of the placing.

A spokeswoman for Dalata, led by chief executive Pat McCann, said that the company has had “a lot of good engagement” with Zahid Group and is “delighted to have them as a shareholder”. She declined to comment further.

Dalata, which owns, operates or leases 44 hotels in Ireland and Britain under the Maldron and Clayton brands, reported at the time that its revenue for the first six months of the year had plunged to €80.8 million from €202 million for the same period in 2019 as it closed hotels and temporarily laid off over 3,500 people at the height of the Covid-19 crisis.

The industry has been further hit by further coronavirus restrictions introduced in recent weeks across Ireland and in parts of Britain.