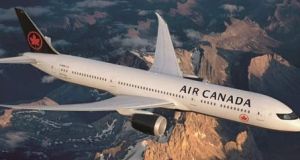 Air Canada has been named the eco-airline of the year in Air Transport World’s (ATW) 2018 annual achievement awards. In recognising Air Canada’s environmental accomplishments, ATW cited the carrier’s commitment to emissions reductions. This is does through supporting the development of alternative fuels and its numerous green programmes and partnerships, including being the first airline in the world to voluntarily join the World Bank’s IMF carbon pricing leadership coalition.

The prospect of an EU-wide strategy on drones is getting closer. Remotely piloted aircraft are expected to grow exponentially, according to the International Air Transport Authority. EU aviation strategy has been a major driver in the implementation of an EU rule book on the use of drones. Airports Council International Europe is calling for a swift adoption of safety and traffic management rules. The use of drones has escalated in the past year, and there have been many incidences of interference at airport.

Aviation enthusiasts with a particular interest in Russian aircraft may be tempted to visit Belarus in May for the Belarus Aviation Tour. There will be three days dedicated to classic airliners, including the giant helicopters Mi-26 and Ka-26. There are very rare Il-76 and Let-140 aircraft, and joyride flights on AN-12, AN-74 and AN-2 aircraft . Book your trip with merlintours.fr

Dubai’s newest hotel is set to unseat the JW Marriott as the world’s tallest hotel. At 356.5m when it opens next month, the 77-storey Gevora will be three times taller than Big Ben and 56m taller than the Eiffel Tower. The high-speed lift will bring you to the top in 38 seconds rather than use the 3,859 stairs. Rates are from €131 per night. The two pools will be the highest in the world.