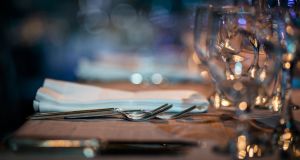 Unsold restaurant tables at a time of excessive demand are akin to empty aircraft taking off while leaving queues at the boarding gate. Sheer waste

Farmers make hay while the sun shines, but restaurateurs do it over Christmas. The month of December is by far the busiest across all levels of the trade, as office parties and other assorted revellers gorge themselves on merriment.

The month carries many restaurants, who generally operate on tight margins, through the leaner times immediately following new year. It is crucial, then, for well-managed restaurants to maximise their capacity over Christmas.

Unsold restaurant tables at a time of excessive demand are akin to empty aircraft taking off while leaving queues at the boarding gate. Sheer waste.

Anyone who has worked within the restaurant trade will know that such “no-shows” – prospective customers who don’t show up for reservations but also don’t bother cancelling – are seen as a scourge by proprietors.

When the economy was in the doldrums a few years back, restaurants could do little about it. Customers had all the power. If some booked tables and rudely did not show up, restaurants had to live with it.

It was also debatable how costly the practice was to individual restaurants during the recession, as many were rarely full anyway – the argument that capacity was being wasted was harder to make when nobody was being turned away.

The domestic economy is swinging again. No-shows cause tangible losses at a time of high demand and it is the hot button topic in the sector. It is understandable, therefore, that the Restaurants Association of Ireland (RAI) would be called upon by its members to act.

But how should it act while remaining within the bounds of competition law, which says industry groups must not co-ordinate the policies of members?

Every restaurant already knows of the scourge, so raising awareness is not the aim for the RAI. It chose to focus on how members might combat the problem – specifically, possibly with non-refundable deposits.

This has run foul of the Competition and Consumer Protection Commission, which has opened a formal investigation into the RAI for allegedly breaching competition law.

Justice is a balancing act. Many restaurants are SMEs and some feel aggrieved that their representative body is under such heavy scrutiny, especially over an issue in which restaurants feel they are the victims.