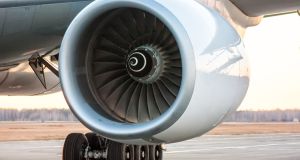 Airlines, airports and other aviation businesses employed 40,000 people before the pandemic struck in the spring. Photograph: iStock

The Government’s €17 billion budget package included €31.3 million in support for regional airports, with €10 million earmarked for Cork and Shannon.

However, Neil McGowan, Siptu aviation sector organiser, pointed out that there was nothing to support airline and airport workers who have lost their jobs or seen their incomes hit by Covid-19 travel restrictions.

“Budget 2021 does little to support these workers and their families,” Mr McGowan said.

“The only commitment in the budget was for an unspecified €10 million for Cork and Shannon airports which will only scratch the surface of what is required to ensure their future.”

He added that thousands of families depended on the industry, but there was little or no support for workers in the airports, airlines or the other companies that make up the industry.

Siptu is seeking an increase in the State’s wage subsidy for aviation workers in light of the impact that travel restrictions have had on their industry.

Airlines, airports and other aviation businesses employed 40,000 people before the pandemic struck in the spring, while the industry supported a further 100,000 indirectly.

The union’s divisional organiser, Karan O’Loughlin, said “Budget 2021 was a missed opportunity for the Government to support these workers and ensure there is a functioning aviation industry which can play its part in Ireland’s post-Covid recovery.”