Paddy Power shares up as US strikes down sports betting ban 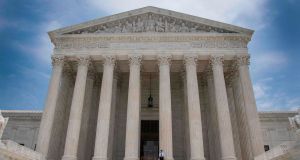 Paddy Power Betfair’s shares surged 12 per cent on Monday following a US supreme court ruling ending a ban on sports betting in the world’s biggest economy.

The US’s highest court declared that a federal law forcing states to ban gambling on the outcome of sports events was contrary to the country’s constitution, potentially opening up the world’s biggest economy to betting companies.

Paddy Power Betfair shares soared 11.94 per cent in Dublin to €90 each following the news. Investors mopped up more than 600,000 of its shares on the Irish market.

In London, where the Irish company has its main listing, its stock climbed 12.24 per cent to £79.75. About 863,000 of the company shares changed hands on the British market.

Irish-based Paddy Power Betfair already has a presence in the US through horseracing channel TVG, a fantasy sports start-up, Draft, which it bought last year, and casino interests in New Jersey.

Rival William Hill’s shares reacted similarly, advancing 10.71 per cent to 313.1 pence, having hit a high of 314 pence during afternoon trading on the London market.

The news gave some respite to the bookmakers, whose share prices have been under pressure in recent months as jurisdictions such as the Republic and UK prepared to step up regulation of the sector.

UK government moves to limit stakes that customers can wager in betting machines in British bookie shops have sparked fears that earnings from their high-street businesses would suffer.

The US supreme court decision paves the way for states to legalise sports betting in a defeat for the major American sports leagues.

The ruling endorses New Jersey’s bid to allow such wagering and strikes down a 1992 federal law that prohibited it in most places.

The court upheld the legality of a 2014 state law permitting sports betting at New Jersey casinos and horse racetracks and voided the federal Professional and Amateur Sports Protection Act.

New Jersey and its then governor, Chris Christie, went to the supreme court in 2014 to challenge the 1992 Act, arguing that it “commandeered” the states by forcing them to ban sports betting.

In a seven-two ruling, the court agreed that the Act unlawfully controlled individual states’ right to legislate on issues that the US constitution does not expressly say should only be dealt with by the federal government.

Some US states, including New Jersey, see sports betting as a potentially important source of tax revenue.

Nevada, whose biggest city is US gambling capital Las Vegas, was the main exception to the 1992 Act, which preserved the western state’s existing licensed betting regime.

The ruling takes the United States a step closer to legal sports betting in numerous states, perhaps nationwide, rather than just in select places.