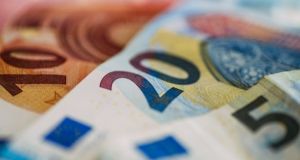 The fee is deducted from Linked Finance accounts on the last calendar day of each month.

The cost of holding cash has led one of Ireland’s largest peer-to-peer lenders to start charging lenders on its platform a fee for failing to invest all of their funds.

Linked Finance, which allows individuals and institutional investors to lend to small and medium sized businesses through its platform , started charging a fee on cash balances to individuals who lend on the platform. The new policy kicked in on January 1st.

The lending platform is now charging a fee of 1.25 per cent on cash balances over €5,000, or where a lender has not invested in a loan for more than three months. The fee is deducted from accounts on the last calendar day of each month. So, someone holding €5,000 in their account that wasn’t being invested will have a monthly charge of €5.20. Once cash is invested in a live loan, the charges will no longer apply as long as the funds on deposit do not exceed €5,000.

A spokesman for the non-bank lender said the introduction of the change “reflects the negative interest rates that have been introduced by banks, the costs of which Linked Finance has absorbed up to now”.

In a note to customers, the lender said that as banks had increased these charges steadily in the past few months, it had come to a point where the lender “can no longer absorb these fees”.

The move may also have been prompted by a reluctance from lenders to lend out their money, thus increasing the overall level of cash balances.

Given the uncertain state of the economy and, in particular, the precarious future facing many smaller businesses in the retail and hospitality sectors as a result of the Covid-19 pandemic, lenders may be exerting more caution in placing loans.

The decision from Linked Finance is the latest in a line of charges placed on holding cash and follows limits imposed by credit unions across the State, and negative rates imposed by banks on pension assets, as well as on current account balances by banks such as N26 on balances above a certain limit.

It comes as banks increasingly pass on the costs they face in holding money to their customers, with inter-bank rates in negative territory.

Linked Finance was recently approved as a lender under the Government’s Covid-19 Credit Guarantee Scheme. The scheme is designed to offer low-cost working capital and capital expenditure loans for businesses affected by Covid-19, and Linked Finance will offer loans of up to €250,000 in under 24 hours.