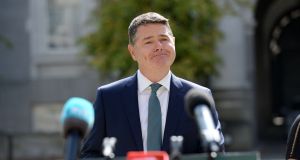 Technology giants such as Facebook and Apple, and other large multinationals, could soon face a global minimum level of corporate taxation under new proposals from the Organisation for Economic Co-operation and Development (OECD), even if they have successfully and legally shielded their profits in tax havens. The proposals are likely to be greeted with some nervousness within Government.

The Paris-based OECD called on Friday for the introduction of a safety net to enable home countries to ensure their multinationals cannot escape taxation, even if other countries have offered them extremely low tax rates.

The proposals constitute the second part of a review of global tax policy by the international organisation, which oversees global co-ordination of taxes. The OECD last month proposed that governments should tear up a century of tax history by allowing countries to tax operations in their jurisdiction even if companies have no physical presence there.

PwC previously flagged that these measures are “a matter of concern for Ireland”.

According to tax policy leader Peter Reilly, “One of the things we have is the 12.5 per cent rate and we don’t want that eroded in any way . . . If the minimum tax is set at 15 per cent, with no deductions for research and development or other incentivised activities, that would be very bad news for Ireland.”

The OECD is now consulting on this second set of proposals, on setting a global minimum corporate tax level.

Together the two proposals aim to eliminate the huge advantages some companies enjoy by shifting profits around the world to minimise their tax bills – a strategy that has become particularly common among those involved in digital technologies. The proposals would also reduce the incentives for countries to lower their tax rates in an effort to attract such footloose businesses.

Minister for Finance Paschal Donohoe said he wasn’t convinced and remained cautious about the proposals being put forward on Friday.

Nonetheless, he added: “Change is coming. That will mean change for Ireland, because it is in our very long-term interest to be inside the model for global tax reform.”

The proposals would not apply only to tech giants such as Facebook, Apple, Amazon, Netflix and Google, but also to other multinationals that make significant sums from intangible assets such as brands.

The OECD said: “A minimum tax rate on all income reduces the incentive for taxpayers to engage in profit-shifting and establishes a floor for tax competition among jurisdictions.”

The G20 group of nations has agreed to let the OECD draw up detailed proposals by the end of 2020, which if approved would then be introduced into national tax systems and the tax treaties between countries. Countries have given their backing because they want to avoid unilateral measures, such as digital services taxes, that many European countries are proposing. This could inflame global trade tensions, some fear.

The specific levels of minimum tax rates have not yet been discussed, as the OECD wants to reach agreement on the principles first. It has given interested parties a month to respond to its consultation. – Copyright The Financial Times Limited 2019