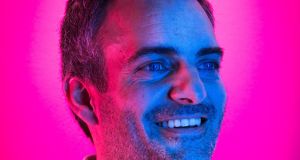 When the Cannes Lions International Festival of Creativity, the leading global advertising shindig, begins in the French city on Monday, there will be an Irish contingent in town hoping to claim awards prestige.

Dublin-based ad agency Boys + Girls is no exception, but this year it has another reason to head for the Riviera. On Friday, it will take to the Cannes stage to give a talk about how its “Made by Music” campaign for telecoms group Three broke YouTube records in Ireland.

Boys + Girls chief creative officer Rory Hamilton says he was inspired over the years by Cannes keynote speakers such as actor Will Smith and the late chef Anthony Bourdain, but he only recently began to think “it might be interesting to try and talk ourselves”.

After a lengthy application and quality filtering process, the independent agency was selected to give a presentation titled “how collaboration created YouTube’s greatest hits”, with Hamilton speaking alongside Three’s chief commercial and marketing officer Elaine Carey and YouTube’s head of Ireland Elaine Doyle.

To help Three align its brand with its sponsorship of the 3Arena and reach the elusive 18-24-year-old audience, the creative agency commissioned a series of music videos for the Irish artists Saint Sister, Kormac and Jafaris.

“We collaborated with YouTube at the very start,” says Hamilton. The Google-owned video platform has a very specific set of instructions for advertisers who want to best utilise the portion of a skippable ad that users will see before they hit “skip”.

Fewer Irish people skipped the Made By Music videos than a Beyoncé and Jay-Z campaign that was running at the same time, the Cannes audience will hear in a session moderated by BBC broadcaster Edith Bowman.

Rather than control it the way you control an ad, it was important to us to liberate it

Conscious that it wanted the videos to be seen primarily as entertainment not advertising, Boys + Girls worked with experienced music video directors on the campaign.

“Rather than control it the way you control an ad, it was important to us to liberate it,” says Hamilton. There was never an impetus “to shoehorn handsets in there” or do anything “too overtly commercial”.

Instead, the idea was to subtly convey something about Three’s brand by letting the authenticity of the music speak for itself.

Boys + Girls is also coveting Cannes Lions awards recognition, but that’s a hairier business, with applicants only finding out if they have been shortlisted on the day.