US drugmaker raises cold remedy price by more than 300% 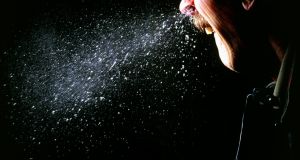 Nostrum raised the price of a 473ml bottle of promethazine and codeine by 326 per cent to $170.55 at the end of April. Photograph: Dr John Brackenbury/Science Photo Library

A US pharma company has raised the price of a prescription cold medicine by more than 300 per cent to over $170 (€152), in spite of previous criticism from the former head regulator.

The price rise for the oral solution of promethazine and codeine comes after the company, Nostrum Laboratories, more than quadrupled the price of nitrofurantoin, an antibiotic mixture, to more than $2,000 (€1,788) last year.

Nirmal Mulye, the chief executive, argued at the time that there was a “moral requirement to sell the product at the highest price” but Scott Gottlieb, then commissioner of the US Food and Drug Administration, responded that there was “no moral imperative to price gouge and take advantage of patients”.

Promethazine is an antihistamine that relieves itchiness and sneezing, while codeine is used to suppress coughs and relieve pain.

After the latest price rise, Mr Mulye told the Financial Times that the list price of a drug – which is often different from the price paid by the insurer or the patient – was “totally meaningless”. But under many health insurance plans, a rise in the list price increases the amount the patient must pay.

Competitors are selling the same dose of the same drug at much lower prices, with Tris Pharma offering it for $27 (€24), and Hi-Tech Pharmacal, a subsidiary of Akorn, selling it for $12.35 (€11), according to Elsevier.

“Hopefully the price goes up, competitors raise prices and we are able to sell some,” Mr Mulye told the Financial Times. “[But] the chances of them raising prices are close to zero.”

Drugmakers have been under political pressure to restrict drug price rises, with both Republicans and Democrats promising to lower what patients pay. The Trump administration has proposed reforming the rebates system, so that the rebate – the difference between the list price and net price – goes to patients, not middlemen like pharmacy benefit managers.

But pharmaceutical companies raised the list prices of almost 3,000 drugs in the US in the first three months of this year – at an average of four times the rate of inflation.

Generic versions of the antidepressant Prozac and painkiller Vicodin were among the medicines with triple-digit percentage increases in their list prices.

“Scolding does not have an effect,” he said. “Consumers are caught in the middle of a financial game played to produce profit.”