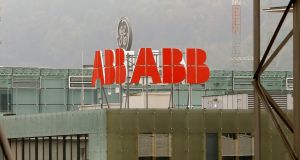 ABB has agreed to buy the industrial solutions business of General Electric in a deal valued at $2.6 billion. It will strengthen the Swiss company’s business in the United States, its largest market.

The transaction is expected to generate cost savings of about $200 million annually, the company said in a statement on Monday. GE started a bidding process for industrial solutions in December.

Chief executive Ulrich Spiesshofer is trying to rekindle growth after wrapping up a four-year restructuring plan during which it regrouped operations and resisted pressure from activist Cevian Capital. The deal comes months after it bought an Austrian industrial software company for about $2 billion to plug a gap in its automation business.

Integrating the GE unit will lead to cumulative one-time costs of $400 million over five years, the company said.

For GE, the transaction marks the first major portfolio change under chief executive John Flannery. Industrial solutions, one of GE’s smaller divisions, has about 13,000 employees.