Group is led by Howard Beggs, founder of Helix Health, which was bought by Eli Global 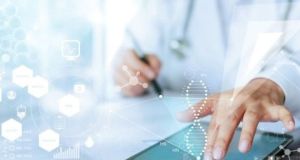 Clanwilliam Health, an Irish-founded healthcare, technology and services group that has been on the acquisition trail of late, reported a €23.3 million loss last year.

The group, which has acquired 15 businesses in recent years across Ireland, Britain, Australia and New Zealand, posted revenues of €31 million for 2018, as against €26 million a year earlier.

Latest accounts show earnings before interest, tax, depreciation and amortisation for the year totalled €9 million, down from €12.3 million in 2017.

The drop in profits came as administrative expenses rose to €22.4 million from €14.6 million and as cost of sales increased to €6.5 million from €4.1 million. In addition, the group ran up a €6.3 million fee for repaying outstanding loans ahead of time.

Clanwilliam is led by Howard Beggs, the founder of Helix Health, which was acquired by Eli Global for a reported €45 million in late 2014.

Group shareholders’ funds totalled €124.2 million at the end of year.