Call on Harris to focus on supply of medicines after Brexit 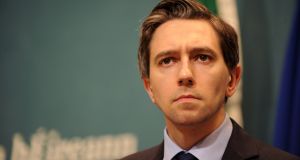 Minister for Health Simon Harris said pharmaceutical companies might be “reluctant to commit to significant expenditure to address issues that may, or may not, arise”. Photograph: Aidan Crawley

Pharmaceutical companies in Ireland have called on Minister for Health Simon Harris to host a roundtable meeting to ensure the continued supply of medicines in the event of a hard Brexit.

Members of the Irish Pharmaceutical Healthcare Association (Ipha) say they are working actively to prepare for a worst-case Brexit scenario.

The group, which represents the big, research-based pharma companies, says members have carried out detailed preparations, including reorganising supply chains and regulatory procedures across Europe, including in Ireland, “to address risks, as best we can, in a ‘hard Brexit’ scenario”.

Their comments come after Mr Harris said companies might be “reluctant to commit to significant expenditure to address issues that may, or may not, arise”.

But he added that the European Commission and the “EU medicines network” had advised that companies plan for the contingency that the UK leaves without agreement on March 29th next year, “with the resultant supply problems that may occur after that date”.

“I would ask that the Ipha continue to work with other stakeholders . . . to ensure that there is minimal disruption to the supply of medicines produced by Ipha members following Brexit, regardless of whether the end result of negotiations is a ‘disorderly Brexit’ or an agreed and orderly withdrawal from the EU,” Mr Harris wrote in a letter seen by The Irish Times.

Replying to the Minister, Ipha president Aidan Lynch said drug companies were committed to “meeting their social and regulatory responsibilities to patients”.

It said it would welcome an invitation from the Health Service Executive, the Department of Health or the Minister to discuss arrangements for the continuity of medicine supply following Brexit.

Mr Harris was due to address the annual conference of the industry group on Thursday but informed Ipha over the weekend that he is unlikely now to be in a position to do so. The Minister’s Health (Regulation of Termination of Pregnancy) Bill 2018 is going through committee stage in the Oireachtas this week.