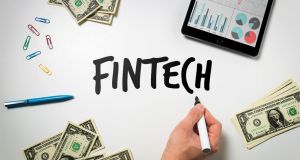 Finch Capital, an early-stage venture capital firm with offices in Amsterdam, London and Singapore, has confirmed plans to invest up to €20 million in Irish fintech companies.

The VC is partnering with Enterprise Ireland for a new fintech-focused fund with Finch agreeing to establish a presence locally following a €10 million investment from the State agency.

The new partnership is to be formally announced at Enterprise Ireland’s international fintech event “Appetite for Disruption”, which takes place at Talent Garden Dublin today.

Established in 2013, Finch has made more than 25 investments in financial technology businesses. Its first foray into the Irish market took place last year when it co-led a €4 million funding round for Supply Finance, a newly established, Dublin-headquartered start-up set-up by entrepreneur Brian Norton, who previously founded student loan specialist Future Finance.

Other companies it has backed include TaxScouts, Zopa, Prepay Nation and Brickblock.

“Finch Capital recognises that Ireland has established itself as a leading European fintech and technology hub, and we are delighted to be establishing a presence here in the Irish market to support bold entrepreneurs transforming the financial services industry,” said Finch partner Radboud Vlaar.

Enterprise Ireland has made the investment in Finch Capital via its €175 million Seed and Venture Capital Scheme, which was established in 2013 to improve access to finance for start-ups.

The scheme, which make State funding available for investment in private seed and venture capital funds, supported 87 companies based here with a total investment of €72 million in 2017.

“Finch Capital brings proven additional capacity and resources to Ireland combined with deep industry knowledge and connectivity in the sector.”