Law firm at centre of Panama Papers leak to close down 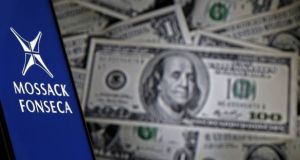 The Panama Papers scandal centred on the leak of 11.5 million files from Mossack Fonseca, one of the largest offshore law firms, to the International Consortium of Investigative Journalists

Mossack Fonseca, the law firm at the centre of the Panama Papers scandal, will close at the end of March, according to a statement from the firm obtained by the International Consortium of Investigative Journalists (ICIJ).

“The reputational deterioration, the media campaign, the financial siege and the irregular actions of some Panamanian authorities have caused irreparable damage,” the statement said. As a result there would be a “total cessation of operations to the public at the end of this month after 40 years”.

The ICIJ, of which The Irish Times is a member, reported that Mossack Fonseca had told clients in November that it had had to “significantly reduce” its staff due to changes to the laws and an “adverse business environment”.

The firm said it had previously had a presence in more than 40 countries, with “more than 600 collaborators around the world” before the data leak that exposed the widespread use of offshore financial centres by the global wealthy. By the time of its demise, it had fewer than 50 employees.

The Panama Papers scandal, which erupted in April 2016, centred on the leak of 11.5 million files from Mossack Fonseca, one of the largest offshore law firms, to the ICIJ and a range of news organisations.

Among the stories were revelations about offshore accounts linked to the father of former UK prime minister David Cameron; a close friend of Russian president Vladimir Putin; and Iceland’s Sigmundur David Gunnlaugsson, who later resigned as prime minister.

Nawaz Sharif was forced to step down as Pakistan’s prime minister in July after an investigation into the sources of his family’s wealth prompted by the leak.

The Panama Papers and a later leak, known as the Paradise Papers, revived calls for an international effort to stamp out tax evasion and avoidance, but the results have been mixed.

In December, the EU blacklisted 17 countries for refusing to co-operate with its crackdown on tax havens, but campaigners said the move would have little effect without sanctions or other financial penalties. Panama was one of those placed on the list of non-compliant jurisdictions.

Last year the UK passed the Criminal Finances Act, which makes companies liable for failing to prevent their employees from facilitating tax evasion.

Naomi Hirst, an anti-corruption campaigner at Global Witness, said the Panama Papers scandal had “hit Mossack Fonseca where it hurts: its bottom line”.