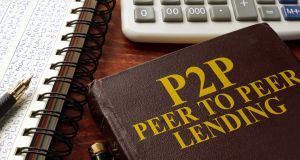 Peer to peer lender Linked Finance loaned more than €24 million to small- and medium-sized firms in Ireland in 2017, almost half of the total funds it has lent in five years of business.

The figures represent growth of 155 per cent on 2016, and the firm said momentum was continuing into the first quarter of 2018.

Linked Finance, which was established in 2013, uses technology to connect SMEs with lenders who want to support Irish businesses and earn returns. Its community of 18,000 lenders ranges from individuals supporting the endeavours of family and friends to large investment groups.

“When I started the platform back in 2013, I wanted to make it easier for hard-working Irish business owners to access the funds needed to grow and drive the economy forward,” said founder Peter O’Mahony.

“Five years later, it’s brilliant to see the long list of great local businesses who have benefitted. I’m delighted with the growing popularity of the platform and the many ways in which Linked Finance is making it easier for Irish SMEs to access credit.”

Since it was founded, Linked Finance has loaned more than €50 million to businesses in more than 1,400 loans. In its first year, the business lent €832,000 in 45 loans, and has more than doubled loan origination each year. The €32,000 loan raised by Language Options Ireland pushed the platform over the €50 million barrier.

“I’m really encouraged to see the growth we have achieved in recent years and the way P2P is now a well-established funding source for SMEs,” said chief executive Niall Dorrian. “Our ultimate goal is to make Linked Finance the biggest source of non-bank funding to SMEs in Ireland and that’s what we will be working towards in the next five years.”

The platform also aims to be a faster source of finance, with the average loan request funded in 22 hours in the first quarter of 2018.