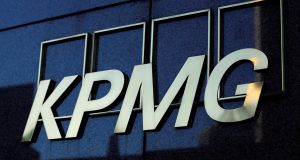 KPMG said no decision had yet been made on a potential sale of its British pensions advisory business. Photograph: Mike Blake/Reuters

KPMG has put its British pensions advisory business up for sale at a time when the Big Four accounting firms are under immense pressure to reduce conflicts and increase their focus on audit.

The company said it had received a number of approaches from buyers for the division, which had assets under advice of £50 billion in 2017, but no decision had yet been made on a potential sale.

The arm advises pension funds and other big investors on how to invest their assets, a £1.6 trillion market in the UK.

A KPMG UK spokesperson said: “We routinely assess the strategic fit of each business in our portfolio and as a result of this can confirm that following recent expressions of interest from third parties, we are exploring options for this area of the business.

“However, we have made no firm decisions over any eventual outcomes at this stage.”

Accountancy firms have been under the spotlight in the UK following a string of high-profile accounting failures in recent years.

Earlier this year, MPs suggested that the Competition and Markets Authority, the antitrust body, should consider breaking up the Big Four firms in a bid to prevent major accounting scandals, such as those that occurred at contractor Carillion and retailer BHS over the past two years.

Last year, KPMG became the first Big Four firm to publicly pledge to stop offering consulting services to large audit clients in a bid to “remove even the perception of a possible conflict” of interest.

At the same time, investment consultants have also faced intense scrutiny amid concerns that smaller participants were struggling to compete with the so-called big three of Mercer, Willis Towers Watson and Aon Hewitt, which dominate the market.

Last year, the CMA carried out a probe into the sector, warning that it was difficult for customers to access information needed to evaluate the quality of their existing investment consultant and to identify if they would be better off using an alternative provider.

The antitrust body recommend increased regulation of the sector, which has grown rapidly in recent years. But it ruled out forcing the big three to break up their businesses, leaving some smaller investment consultants questioning their future. – Copyright The Financial Times Limited 2019