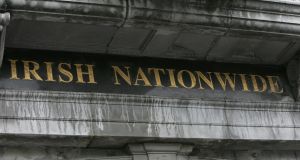 The INBS inquiry is expected to last until late 2019.

The Irish Nationwide Building Society (INBS) inquiry has heard conflicting accounts of whether a key committee considered reports on top borrowers in the run-up to the financial crash, as the lender had assured regulators and outside auditors was taking place.

INBS’s then commercial lending manager, Tom McMenamin, one of four men under investigation for alleged regulatory breaches, wrote in an internal email in late 2005 that the credit committee, of which he was a member and whose meetings he often chaired, had discussed 89 large borrower cases submitted to him that October by credit administrator, Frank Casey, the inquiry heard on Tuesday.

However, Kelley Smith, of the team of legal practitioners assisting the inquiry, said that a number of one-time members of the credit committee have testified to the inquiry that it never considered credit reviews at their regular meetings.

Con Power, a non-executive director at INBS between 2000 and 2006, told the inquiry as he was being questioned by Ms Smith on Tuesday that he would have been “deeply shocked” if he had learned that the committee was not reviewing these files.

INBS had committed to its outside auditors at KPMG and the then regulator, Ifsra, that the committee would review top loan cases on a quarterly basis from September 2005, following concerns raised by both about credit controls at the lender. Minutes from a board meeting on December 21st, 2005, also showed the directors had been informed by an internal report that the quarterly credit review submissions to the credit committee had commenced two months earlier.

The inquiry also heard that INBS officials had informed Ifsra in December 2005 that the credit committee had not only started discussing credit reviews submitted by Mr Casey, but that the society had started to follow up on recommendations made by the committee after considering such reports.

The INBS inquiry was set up on foot of a Central Bank decision in 2015 that it had reasonable grounds to suspect INBS committed “certain prescribed contraventions” between August 2004 and September 2008 and that certain individuals participated in the commissioning of these. Mr McMenamin and fellow subject of the inquiry, Gary McCollum, who once headed INBS’s UK lending from a Belfast base, have not been engaging with the inquiry for some time.

INBS’s former managing director, Michael Fingleton, and one-time finance director John Stanley Purcell, are representing themselves. The first phase of the inquiry is concerned with the functioning of the credit committee of the now-defunct INBS, which collapsed during the financial crisis and required a €5.4 billion taxpayer bailout.

The inquiry is expected to last until late 2019.