Push for tax treaty with Indonesia that could boost aircraft leasing 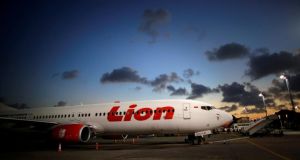 An Indonesian cabinet minister has pledged to push his government for a tax treaty with the Republic in a move likely to boost the aircraft leasing industry.

Key figures in the Republic’s multibillion-euro aviation finance sector have argued recently for a double-taxation treaty with Indonesia, where demand for aircraft is growing rapidly.

“I will be carrying the message for the need to introduce a double-taxation treaty between Indonesia and Ireland to the finance ministry,” he told guests at a working lunch organised by think tank Asia Matters.

Double-taxation treaties allow companies and workers to avoid paying tax twice on the same income, cutting the cost of trade between the jurisdictions involved.

The Republic has more than 70 such agreements, but not with Indonesia, where demand for air travel is growing at one of the fastest rates in the world, making it an attractive target for aircraft lessors.

The country has a population of 255 million and comprises 17,000 islands spread across 1,750km in southeast Asia. These factors and its expanding economy drive demand for air travel.

Indonesia’s budget carrier, Lion Air, was among the first to fly Boeing’s recently-launched 737 Max 8 and Max 9 aircraft. The airline has 36 new aircraft on order.

Joe Tynan, PwC’s head of tax, pointed out that companies in the Republic are responsible for half the world’s leased aircraft, but the lack of a treaty with Indonesia meant deals there had to be done through a third country. “This creates friction in the system,” he said.

Peter Barrett, chief executive of SMBC Aviation Capital, one of the world’s leading aircraft lessors, recently told The Irish Times that the industry would like to see the Republic complete a tax treaty with Indonesia.