US inflation ticks higher in October 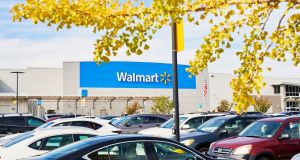 The US consumer price index rose to a three-month high of 1.8 per cent year-on-year last month.

UConsumer inflation in the US rose in October at a quicker pace than forecast, boosted by higher prices for fuel, utilities and medical care.

Consumer price gains remain muted overall, with the annual pace remaining below the Federal Reserve’s inflation target, which helped support the central bank’s decision in October to cut interest rates for the third time this year in an effort to sustain the US economy’s expansion and shield it from trade war fallout.

The consumer price index rose to a three-month high of 1.8 per cent year-on-year last month, the Bureau of Labor Statistics revealed on Wednesday. That was up from 1.7 per cent in September, and economists’ forecasts it would hold steady at that level.

The increase in prices stemmed mostly from energy costs, which showed a 3.7 per cent year-on-year rise in the sub-index tracking petrol, while electricity and piped gas sub-indices showed increases of 1.8 per cent and 1.6 per cent, respectively.

The medical care sub-index also saw a solid gain, up 1.2 per cent, as did used cars and trucks, which advanced 1.3 per cent.

Core inflation, which factors out volatile food and energy prices, slowed to 2.3 per cent last month from 2.4 per cent in September.

The greenback was relatively unmoved by the news, with the dollar index remaining up 0.1 per cent at a one-month high of 98.389. – Copyright The Financial Times Limited 2019