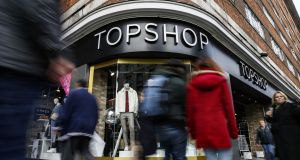 Hiring in Britain fell at the fastest pace in four years and wage growth cooled more than expected between July and September.

Hiring in Britain fell at the fastest pace in four years and wage growth cooled more than expected between July and September, as the most resilient part of the economy stuttered ahead of the general election.

In the three months to September, the number of people in employment dropped by 58,000 compared to the previous three months, marking the largest fall since summer 2015, according to data from the UK’s Office for National Statistics released on Tuesday.

Over the same period, the average weekly earnings for employees rose 3.6 per cent over the same month last year, down from 3.8 per cent in the three months to August. Economists polled by Reuters had expected no change.

The labour market is still tight, with an unemployment rate at a near-record low of 3.8 per cent.

The number of vacancies in the economy reduced by 11,000 on the quarter to reach 814,000 in the three months to September.

“Vacancies have seen their biggest annual fall since late 2009, but remain high by historical standards” said an ONS spokesperson.

The labour market has been one of the most resilient parts of the economy this year with employment rates reaching an all-time record high in the summer and real average earnings accelerating at the fastest pace since 2015.

The labour market data were published the day after ONS figures showed the economy grew at the slowest annual pace since 2010 in the third quarter. – Copyright The Financial Times Limited 2019