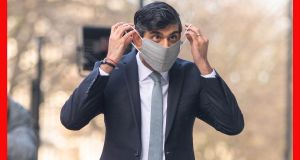 UK company bosses and senior executives are preparing to sell down stakes in businesses ahead of a potential increase in capital gains tax (CGT) next year.

A review commissioned by Rishi Sunak, the chancellor, has recommended increasing capital gains tax rates to bring them in line with income tax rates, which could effectively double the cost of selling shares in companies.

City brokers and accountants said they had been swamped with calls from senior executives with long term shareholdings as well as company founders that have retained large stakes in their businesses and who fear being caught by higher taxes.

“Quite a few companies are asking us to find them a window to sell before March,” said one senior City financier, who added that some were worried about being tied by closed periods running up to results in the spring.

“Another founder owner has asked to complete the sale of his business before March. It makes a difference in the price.”

If enacted, the changes would mean higher taxes on share sales for business owners and senior executives – many of whom receive remuneration in shares.

Heather Self, partner at accountancy firm Blick Rothenberg, said many of her clients who had already been thinking about selling were bringing forward plans since the report last week.

“If you were planning to do something in two years but by doing it now you can save 20 per cent [plus] in tax you’re going to start moving,” she said.

The report by the Office of Tax Simplification suggested changes to align CGT with income tax as the Treasury searches for ways to plug the vast gap in public finances.

Other proposals suggested taxing some employee share schemes as income rather than as capital gains, and also taxing earnings retained in companies by owner-managers as income.

The review also questioned the effectiveness of entrepreneurs’ relief – recently renamed “business asset disposal relief”. The policy allows business founders selling their company to pay CGT at a lower rate of 10 per cent up to a lifetime limit of £1m – which was reduced from £10m in March.

Arun Birla, tax partner at Paul Hastings, a law firm, said clients had been in contact to discuss selling businesses on the back of the report.

“If future changes are announced, then there is likely to be a flurry of M&A activity before they come into force, as inventors seek to maximise their returns,” he said.

City bankers said the potential changes would mean that IPOs in which founders intend to sell some of their stake were also more likely to happen before April.

“If they are beginning to think about selling their business next year then they want to get it done before April,” said one head of broking at a City bank.

Colin McLean, managing director of Edinburgh-based SVM Asset Management, which invests in small and mid-cap UK listed companies, said: “We’re seeing more placing activity for directors than we usually would at this time of year.”

He added that “share prices have been very strong for smaller companies through this year and people suddenly have a huge amount of value wrapped up in their companies and there’s more to lose on the tax”.

Tim Stovold, partner at Moore Kingston Smith, an accountancy firm, calculated that an entrepreneur selling a business worth £5 million at current CGT rates would pay £900,000 (€1 million)in tax – a 10 per cent CGT rate on the first £1 million and 20 per cent on the remaining £4 million.

However, if CGT and income tax rates were aligned and business asset disposal relief scrapped, an additional rate income taxpayer would pay CGT at 45 per cent on the £5 million business – a total of £2.25 million. – Copyright The Financial Times Limited 2020