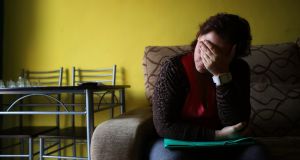 The Economic Social and Research Institute study revealed that 44% of people received some sort of housing transfer such as rent supplement or electricity allowance. File photograph: Getty

Welfare payments related to childcare, health and housing are associated with lower rates of poverty and deprivation, particularly among vulnerable families, a study by the Economic and Social Research Institute (ESRI) has shown.

The research assessed the impact of these transfers on financially vulnerable households.

Using data from 2017, it found that two-thirds (69 per cent) of households in the Republic received at least one of these transfers while 22 per cent received two or more transfers.

The study found that 44 per cent of people received some type of housing transfer such as rent supplement or electricity allowance. Adults aged over 65, lone parents, and adults with a disability were more likely to receive a housing transfer when compared to working-age adults.

By imputing a cash value to medical cards, and adding this to household income, the report found that having a card was associated with a small reduction in deprivation.

In terms of policy implications, the report concluded that cash and non-cash transfers had a major role to play in reducing deprivation.

However it noted that despite the transfers, lone parents and households with a disability remain the most likely to experience deprivation. And therefore the effectiveness of transfers should be compared against alternative policies, such as untied cash transfers.

Bertrand Maître, the report’s author, said: “The benefits examined here had the expected impact in reducing deprivation. They have a role to play in reducing social exclusion . . . especially for lone parents and the unemployed.”