Motor tax revenue to be paid directly to central government 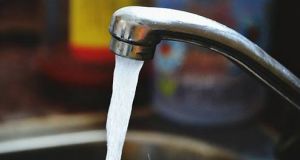 In future all funding for domestic water services will come from the Department of Housing, Planning and Local Government

All motor tax revenue will in future be paid directly into central government coffers as the exchequer finances are rearranged due to the need for funding of domestic water services to come from the State.

The decision to drop domestic water charges means plans to fund the service from a mixture of sources, including the revenue collected, other exchequer funding and Irish Water borrowing, has been replaced by direct funding from the State.

The details of the change are contained in the revised estimates for the public services, the updated Government plans for spending next year, the bulk of which were already published at budget time.

Previously some motor tax revenues – along with the money from local property charges – were paid into the Local Government Fund, which has traditionally gone to fund local authority spending on roads. Just over €1 billion in motor tax went into the fund this year.

In recent years some of the exchequer cash for Irish Water has come from this fund.

In future all funding for domestic water services will come from the Department of Housing, Planning and Local Government, which is receiving just under €800 million in additional funding next year as a result.

The Department of Transport, Tourism and Sport used to draw some funding from the Local Government Fund receipts relating to motor tax. It is now to get €345 million directly from the central exchequer.

Due to the way government spending is measured and an increased reliance on central exchequer funding, the restructuring adds €1.1 billion to net voted spending next year, but it has no impact on the general government deficit, the key borrowing measures, because of fresh funds to the central exchequer and lower Irish Water borrowing.

This is the final part of the rearrangement of the State finances to account for the decision to scrap water charges, which removes one source of future funding, and the plan, over time, to move investment in water off the State balance sheet.

The revised estimates also show a €50 million increase in overall spending plans for 2018, of which €41 million has been allocated to the the health service for measures in respite care and extended eligibility for GP visit cards.

In total, gross government spending will be €61.76 billion next year, a 4.8 per cent increase on this year.