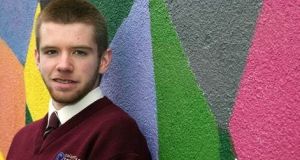 A fifth-year student from Co Monaghan has been named as this year’s winner of the PDST Young Economist of the Year award.

Faolán Ó Cathmhaoil from Coláiste Oiriall won the overall prize for his research project titled, “The Economic Sustainability of Index-Funds for Equity Markets”.

The project examined the popularity of passive index funds as investment vehicles in equity markets and whether they might play a role in the next financial crisis.

It was chosen from 1,000 entries from over 200 schools nationwide was described by the judging panel as an “exceptional piece of undergraduate work”.

Two other special interest prizes were also awarded. The Central Bank of Ireland award for projects with a focus on monetary policy or the Irish economy was presented to Giulia Baratta of St Andrew’s College, Dublin for her project titled, “Pandemics and the Economy: How can Central Banks Respond?”

The Irish Government Economic and Evaluation Service (IGEES) award, for projects with a focus on government economic policy, was presented to Aoife Walshe, Meadhbh Quinn, Ella Seery and Elizabeth Hutchinson, students from Mount Sackville Secondary School, Dublin. Their project was titled, “The Impact of the use of Supermarket Vouchers on the Environment and our Economy.”