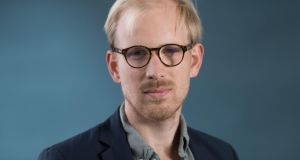 Rutger Bregman argues for a 15-hour working week, a world without borders and a basic salary for every citizen. Photograph: Roberto Ricciuti/Getty Images

First, Rutger Bregman came for the globalists. In late January at Davos, the Swiss resort where the world’s political and financial elites gather each winter, Bregman bluntly asked why his hosts do not pay more tax.

“It feels like I’m at a firefighters’ conference and no one is allowed to speak about water,” he said. “We’ve got to be talking about taxes,” he added. “Taxes, taxes, taxes.”

Three weeks later, the young Dutch historian came for the nationalists. Invited on Fox News by Tucker Carlson, who described his earlier outburst as “one of the great moments in Davos history”, Bregman quickly questioned his host’s sincerity and accused him of being a mouthpiece for the billionaire class.

“You’re all like: ‘Oh, I’m against the globalist elite, blah, blah, blah,’” Bregman (30) told Carlson, who responded with a foul-mouthed rant. “It’s not very convincing.”

To the extent that bookish economic historians can rampage, Bregman is on one.

And the world has taken notice: videos of the two incidents have been watched millions of times across dozens of websites, and Bregman has been inundated with hundreds of interview requests. (In a statement, Carlson said no one has ever told him what to say on the air.)

On a cloudy recent day in Amsterdam, Bregman was bashful about the reasons for his newfound celebrity. “It’s entertainment, right?” Bregman said. “Someone taking down Tucker Carlson is just good fun, let’s be honest.”

Then again, Bregman has been saying these kinds of things for years – calling for higher taxes, a shorter working week and a universal basic income – and never captured the global imagination the way he has this past month. That, he said, is because “of something bigger that is happening”.

Bregman is part of a wider wave of young activists, thinkers and politicians that includes Alexandria Ocasio-Cortez, the 29-year-old new Democratic US congresswoman, and Greta Thunberg, the 16-year-old climate protester, whose radical alternatives have, crucially, begun to garner mainstream acceptance.

“The success of these kind of things, and the extraordinary rise of someone like AOC, are all symptoms of the times,” Bregman said. “The whole zeitgeist is shifting.”

But what is specific to thinkers such as Bregman is the ideological context, or lack thereof, in which they came of age. He grew up in the decades either side of the millennium, in which grand ideological battles were considered to be a thing of the past. Centrist politicians such as Bill Clinton and Tony Blair – and here in the Netherlands, Wim Kok – instead sought to triangulate between left and right, and to tinker here and there with the status quo rather than articulating bold visions of the future.

But when the economic crisis struck in 2008, revealing how that status quo was not nearly as inevitable as previously assumed, it left an ideological vacuum. The far right has filled part of it, but so have parties and thinkers on the left, among them Bregman, who combines a detailed approach to economic policy with a utopian vision of a better future.

“He is a very practical person,” said Bas Heijne, a leading Dutch essayist and commentator. But “he wants to reinvigorate idealism, and in that sense he’s very much part of his generation”.

His prominence over the past month is, nevertheless, something of an accident. His fiery performance at Davos was a last-minute decision. He didn’t initially intend to talk about tax.

His Fox appearance also almost never saw the light of day. Carlson refused to broadcast it, and Bregman was ambivalent about releasing his own recording on social media, wary of endorsing a kind of confrontational public discourse that leaves little room for dialogue.

At the same time, his piercing of the global consciousness has been a long time in the making. Bregman is already the author of four books – most notably, Utopia for Realists, which was published in the Netherlands in 2014, reached the United States two years ago, and has been translated into 32 languages.

In the book, which careens between anecdote, academic research and statistics in the manner of a more politically-radical Malcolm Gladwell, Bregman sets out an idealistic vision that many would dismiss as pure fantasy. He argues for a 15-hour working week, a world without borders and a basic salary for every citizen (the Utopian part), while highlighting examples of how these policies have already been partially implemented in recent history (the realist bit).

He tells readers of how a universal basic income, a concept now considered far-fetched, was in fact almost introduced in the US during the Nixon presidency, and how an iteration of it was supported by Milton Friedman, the neoliberal economist.

He cites the example of a Canadian town where all citizens received a basic annual income of $19,000 in the 1970s – a programme that barely dented their enthusiasm for work, but which was accompanied by a drop in crime, truancy, hospital attendance, domestic violence and poverty.

In the eyes of Rob Wijnberg, Bregman’s editor at the Correspondent, an online journalism portal, it is this work that provides “a way better reason to put him in the New York Times than the controversy that made him well-known in the last couple of weeks”.

The son of a pastor (his father) and a teacher (his mother), Bregman grew up in a town in the southern Netherlands before studying history at Utrecht University at both the undergraduate and master’s level. After briefly teaching at Utrecht, Bregman felt he would find life as an academic historian too dry.

He opted against embarking on a doctorate, and instead joined the Correspondent at its launch in 2013. While most historians conduct their research at universities, Bregman is a kind of in-house historian at the Correspondent, an innovative Dutch outlet whose reporters are encouraged to take their time, write about topics far from the news cycle and keep their readers informed of their research.

He works like an academic researcher, plunging for weeks into the history of policies such as the universal basic income, surfacing every month or so with a new article. The ensuing work provided him with the basis for Utopia for Realists.

Unsurprisingly, Bregman has attracted some brickbats, even from the left. Heijne, the essayist, admires Bregman, but feels his focus on economic solutions comes at the expense of questions of identity and belonging that have become central to current social tensions.

Other leftist critics fear Bregman’s version of a basic income would mean an end to the welfare state – or just wouldn’t work in practice.

“When his self-styled utopia is widened to include completely open national borders,” wrote John Harris in the New Statesman, a British political magazine, “everything threatens to fall apart”.

Bregman is not immune to such doubts himself. But, ultimately, he argues that it is only by dreaming about what seems to be unachievable that society can make good things possible.

“It’s pretty clear that 30 years from now, things will be considered common sense that are seen as completely bizarre nowadays,” Bregman said. “The question is: will history move in the right direction? And I’m not sure about that. But I’m doing my best to contribute.” – Copyright New York Times