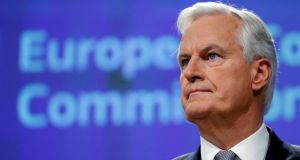 Brussels is starting systematically to shut out British groups from multibillion-euro contracts and urging companies to decamp to one of the 27 remaining European Union members as it prepares for Brexit.

In an internal memo seen by the Financial Times, top European Commission officials have told staff to avoid “unnecessary additional complications” with Britain before 2019, highlighting an administrative chill that is biting even before Britain leaves the bloc.

It explicitly calls on EU staff to begin encouraging the UK-based private sector to prepare for the “legal repercussions” of Brexit and consider the need “to have an office in the EU” to maintain their operating permits. Agencies are also told to prepare to “disconnect” the UK from sensitive databases, potentially on the day of Brexit.

Sent a week after Theresa May, the UK prime minister, triggered article 50 exit talks last month, the commission note outlines how Britain will in practice immediately lose out on money and influence, even though it retains the legal rights and obligations of formal membership.

Where legally possible, the commission and its agencies will be expected in all activities to “take account” of the fact that Britain may be “a third country” within two years, including in appointing staff and in awarding billions of euro of direct contracts for research projects or services.

EU officials say there will be no freeze on EU spending through structural or regional funds, as these are implemented via UK authorities rather than directly through an EU body. The commission has said it will stand by funding promises to Northern Ireland, for instance.

But in other direct funding areas the tighter approach is beginning to pinch. Brussels has already stipulated that any contracts in the latest phase of work on the € 10 billion Galileo satellite navigation system can be cancelled without penalty if the supplier is no longer based in an EU member state.

The commission note was circulated to senior staff and signed by Alexander Italianer, the commission’s secretary-general; Martin Selmayr, the president’s chief of staff; and Michel Barnier, the EU’s Brexit negotiator. It offers one of the first insights on how the bloc is adjusting to Britain’s departure in its day-to-day work.

As well as offering informal guidance on awarding contracts or making appointments, the note suggests agencies should prepare for a disorderly Brexit by establishing how to sever the UK’s access to EU information, such as crime-fighting and asylum databases.

“In the absence of certainty about arrangements (if any) for a future relationship, commission services and decentralised agencies should start considering the practical aspects of disconnecting access from non-public databases hosted by EU bodies,” the note states.

A final section calls on EU staff to encourage the private sector to prepare immediately for the “legal repercussions” of Britain leaving the bloc and losing the rights of member states.

Examples that private parties may want to consider include “requirements, according to EU law, for marketing authorisation holders or registrants to be established in the EU or to have an office in the EU”.