Cliff Taylor: Can we afford the new National Development Plan?

While a lot of the focus will be on the Metro and roads, a lot of the cash goes towards keeping the lights on 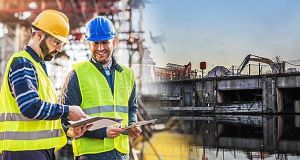 The new National Development Plan plots a significant change both in the amount of State investment spending and in where it is allocated. Its starting point is the need to increase investment significantly to make up for the huge cutbacks of the crisis years and deal with a growing economy and population. But the goal is to do this in a way which both addresses the congestion problems in Dublin and, crucially, provides enough investment in other key cities like Cork and Limerick to let them develop as counterweights for development to the capital and the east coast.

The amounts of cash involved are large. They are an attempt to make up for lost time – the gross under-investment during the crash,when state capital spending dropped to 2.5 per cent of GDP, well below what would be needed.

In cash terms, exchequer investment spending is predicted to average €9 billion a year over the next decade, with an additional €2.5 billion per annum from state agencies such as the ESB. This raises investment to over 4 per cent of national output by the end of the programme, a bit above the international average.

Can we afford it? The scale of the investment programme is ambitious, though the financial projections are based on relatively modest economic growth projections of 2 per cent real growth per year on average.

Estimates made as part of the budget process for the next four years suggest that higher investment spending can be afforded. This is on the basis of a continuation in economic growth and any hit – from a hard Brexit, for example – would affect the figures.

Beyond that, the plan has investment spending rising further – topping €10 billion by 2024 – as big projects come on stream. If growth has slowed by then, the numbers will tighten and choices between budget priorities may have to be made.

The bottom line is that events will inevitably interrupt the steady growth and incremental rise in investment spending each year which such a plan, by its nature, assumes. The question is whether this Government and those that follow can keep the plan broadly on track.

The link between the investment plan and the new national spatial strategy – which plans development across the State – are important, potentially creating a new dynamic to economic development.

One key goal is to get regional cities like Cork, Limerick, Galway and Waterford growing much more quickly than Dublin. The plan retains the original intention of developing these cities, but does also refers to Sligo and Athlone – dubbed regional centres – as well as Letterkenny, Drogheda and Dundalk as focuses for investment and also makes provision for cash to go to other towns and villages.

While some spread of investment is inevitable, economists say that for the plan to succeed in creating other urban centres to act as a counterweight to Dublin, a significant portion of the investment must go to a small number of other large centres. There are major projects - in housing, transport and social infrastructure for the regional cities – Cork, Limerick, Waterford and Galway – and the delivery and prioritisation of these projects will now be vital. If, instead of this, investment is spread too widely, then the original thinking behind the report will be undermined.

The risk is that pressure will grow to keep spreading the investment wider and wider – and that the projects chosen will be prioritised due to constituency and party political considerations, rather than which deliver the best economic and social return. The challenge of managing all this properly will be considerable.

The idea is that each year a plan will be in place for the following five years. So €38.5 billion of the €91 billion the exchequer will spend has been allocated, covering the years out to 2022. A lot done, but even more to do in selecting and planing projects and timelines, you might say.

We are promised that the projects will be prioritised using pubic spending guidelines which will assess their costs and benefits and how they fit in with the goals of the plan.

It is vital that this is delivered on and that, in particular, major commitments like the Dublin Metro are subject to a detailed and updated analysis before they take their place in the queue of projects which are to go ahead.

One of the unanswered questions is what happens if a project committed to in the plan, but not yet assessed, does not come up to scratch.

An IMF analysis last year showed that Ireland was behind best practice in getting value for money from investment programmes and was even behind the EU average. This deficit in planning and delivery simply must be fixed in the context of the new plan.

From the National Children’s Hospital to the rural broadband programme, we have seen how major projects can be hijacked by planning, legal and tendering delays.

In looking at major new programmes, it is often instructive to look at where, exactly, the money is going. The biggest ticket item in the new plan is energy, which will receive almost €22 billion, driven by new interconnectors and network investment. Childcare and health gets €20 billion – with €11 billion of this going to health. Just over €11.5 billion will go to social housing.

While a lot of the focus will be on the Metro and the roads, a lot of the cash goes towards keeping the lights on and meeting the social and housing needs of the population. Delivery of all this is now the challenge.

1 Suspicions rife as key Brexit trade talks begin in Brussels
2 Life as a Facebook moderator: ‘People are awful. This is what my job has taught me’
3 Corona beer firm reeling after 8% slide due to coronavirus
4 Irish companies restrict travel over coronavirus fears
5 How well paid do you think you are? Here’s how to work it out
6 ‘The only time apartments were viable was in . . . Ballsbridge, Killiney and Dalkey’
7 Coronavirus: Iseq down 11% in five days as global sell-off is worst week since 2008 crisis
8 Bank leaked my loan request to family who tried to rip me off
9 Why Irish banks are now looking beyond vulture funds on problem loans
10 Pharma giant AbbVie warned Government against ‘unfair’ €572m tax bill
Real news has value SUBSCRIBE