Autodesk understood to be taking two floors in building for initial rent of €2.8m a year 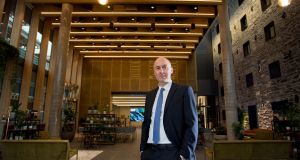 Hibernia Reit confirmed it has let two floors of office space in its 1 Windmill Lane building in Dublin for an initial rent of €2.8 million a year.

Hibernia did not name the tenant, saying only that it was a technology company, but in a note Goodbody stockbrokers said it was understood Autodesk was taking up the office space.

The technology company, which recently announced it would hire 200 people in Dublin, will take 4,505sq m (48,500 sq ft) of space, occupying the first and second floors of the building and 13 car-parking spaces. The lease for the second floor begins in July, with the first floor lease starting in March 2019.

The two leases will pay rent of €2.8 million per year, with an average unexpired term of 20 years and an average term certain of 11.5 years from lease commencement.

The Windmill Lane building contains 11,520sq m (124,000sq ft) of offices, with 743sq m (8,000sq ft) of retail and 14 residential units. Among the other tenants already confirmed for the building are Core Media, Informatica and Pinsent Masons.

The latest announcement means Hibernia Reit has let 96 per cent of commercial space in the building, with residential space already fully let, with a contracted €7.5 million in rent per year.

Hibernia also said Depfa Bank had given notice that it intended to terminate its leasehold interests in the Forum, in Dublin’s North Docks, in March 2019. The bank currently occupies the 47,000 sq ft of office space available in the building at a rent of €2 million per year. Hibernia is considering options for the building.